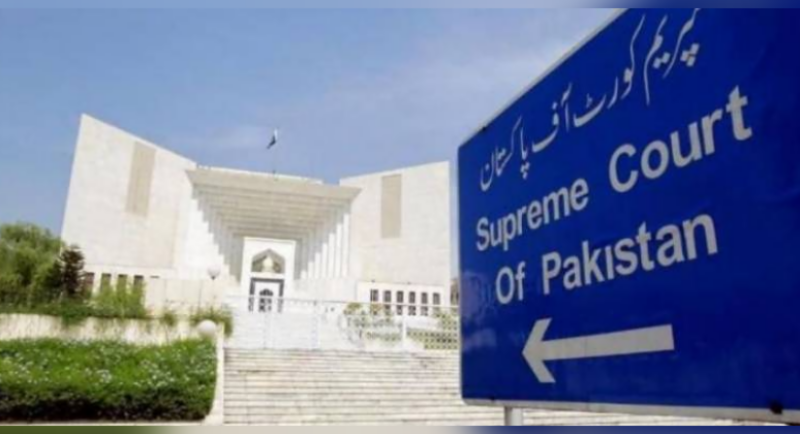 Islamabad (Web Desk): The Pakistan Tehreek-e-Insaf (PTI) on Saturday moved the Supreme Court (SC), requesting the top court to investigate the Prime Minister's House audio leaks and sought criminal charges against PM Shehbaz and his team for hatching a "criminal conspiracy" regarding the resignation of PTI Members of National Assembly (MNAs).

Last week, a series of audio leaks from the meetings that took place at the PM House during the last several months have shocked the country and raised questions about the cyber security of the building.

In one of the audios, which allegedly featured PM Shehbaz, Interior Minister Rana Sanaullah, Defence Minister Khawaja Muhammad Asif, Sardar Ayaz Sadiq and others, contains a discussion regarding PTI’s resignations.

In the alleged conversation, Pakistan Muslim League (PML-N) leaders can be heard saying that they would seek the final approval on the issue of the resignation from the party supremo.

The opposition leaders maintained that the premier, his ministers along with NA Speaker Raja Pervaiz Ashraf hatched a conspiracy regarding the resignations and violated their oath, requesting the top court to form a judicial commission.

In the petition filed today, PTI contended that in the recently surfaced audio leaks, PM Shehbaz and federal ministers could be heard discussing a “heinous strategy to outplay the petitioner from the parliamentary politics in the most illegal, unlawful and objectionable manner”.

It stated that the incumbent NA speaker and the NA secretary were involved in the "conspiracy".

The petition said that PM Shehbaz and federal ministers Rana Sanaullah and Marriyum Aurangzeb have also admitted the "actuality and existence of the referred audio leaks," it said.

The petition  claimed that the prime minister, NA speaker and federal minister had violated their oath. "Criminal proceedings may very graciously be lodged against them," it said.

On Friday, another recording emerged, supposedly a continuation of the conversation in the previous recording, featuring who are believed to be PTI leaders Asad Umar and Shah Mahmood Qureshi discussing the "foreign conspiracy" cypher with the former premier Imran Khan and ex-principal secretary Azam Khan.

On September 28, an audio leak allegedly of former prime minister Imran Khan and his then principal secretary, Azam Khan, surfaced in which the two were discussing about a cypher that the PTI chief has for long presented as evidence of ‘a foreign conspiracy’ to oust him from the top office.

It is pertinent to mention that the first was leaked last Saturday, which allegedly featured PM Shehbaz Sharif and a senior official. It contained a discussion regarding PML-N Vice President Maryam Nawaz asking for a power plant from India to be imported for her son-in-law.