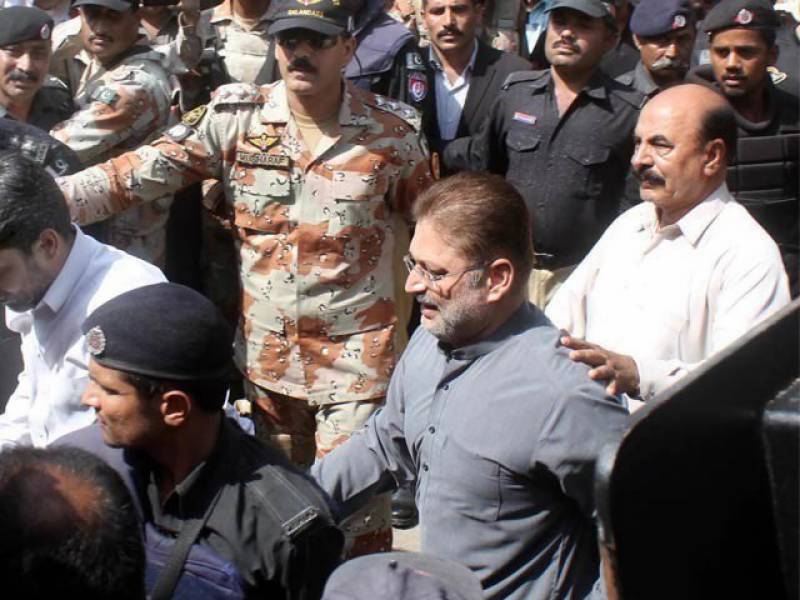 Earlier on Saturday, before the hearing of the cases at the Supreme Court's Karachi Registry, the CJP made surprise visits to three hospitals and examined the rooms of political prisoners.

"When Sharjeel Memon was asked [about the liquor], he said they were not his," The CJ said. "The attorney general should visit and see what is happening," he added.

Later, two people were arrested in connection with the presence of liquor at Memon’s room in the hospital.

One was said to be a driver employed by Memon. He claimed that one of the bottles had held cooking oil, and the other honey.

Memon was under treatment and in judicial custody at Ziauddin Hospital, where his room had been declared a sub-jail.

In February, the chief justice took notice of the shifting of Sharjeel Memon to the hospital from jail. He was then on judicial remand after being arrested in the Rs5.76 billion corruption case in November 2017, along with 11 others.

Meanwhile, the CJP also paid a surprise visit to the room in National Institute of Cardiovascular Diseases (NICVD), where Omni Group Chairperson Anwar Majeed was admitted. He is under trial in a money laundering case.

Omni Group chairman Anwar Majeed and his son, Abdul Ghani, were arrested by FIA earlier this month whereas Majeed’s three other sons were granted interim bail.

Former PM Nawaz should be shifted to hospital, suggests medical board