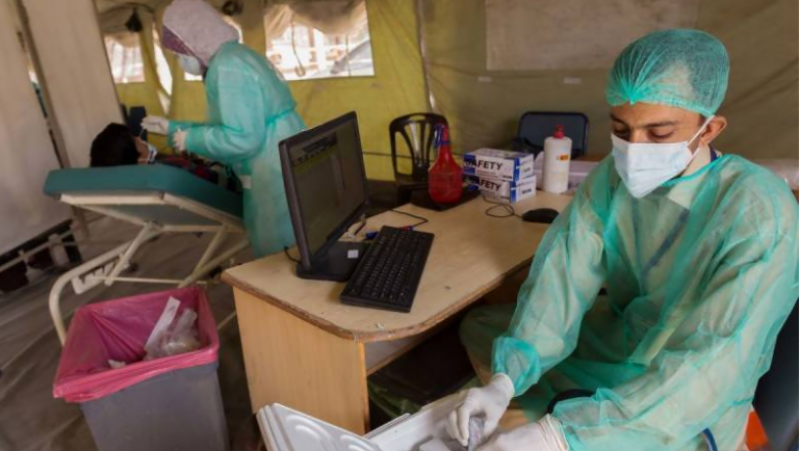 Lahore/Quetta/Karachi/Peshawar (Staff Report/Agencies): The number of confirmed COVID-19 cases rose to 1,163,688 on Wednesday after 3,559 new coronavirus cases surfaced in the country during the last 24 hours.

As per the National Command and Operation Centre (NCOC) data, 53,637 tests were conducted in last 24 hours while positivity ratio remained 6.63%.

According to the government's COVID-19 portal, the death toll related to coronavirus has reached to 25,889 with 101 fatalities reported during the last 24 hours.

Over the last twenty four hours, total number of recovered COVID-19 patients across the country reached 1,043,898 after another 4,140 virus recoveries were reported.

Meanwhile, Federal Minister for Planning and Chairman National Command and Operation Center (NCOC) Asad Umar, Who also heads the NCOC, said on Wednesday that single day vaccination crosses one and a half million for the first time.

The NCOC had set a minimum target of 40 percent of 18 plus population being partially vaccinated by end August for 24 large cities. Only cities to miss the target were Hyderabad, Mardan, Nowshera and Quetta, he added.

Moreover, European Commission chief Ursula von der Leyen on Tuesday said that 70% of adults in the European Union were now fully vaccinated against COVID-19, hitting an end-of-summer target the bloc set for itself in January.

It is pertinent to mention that the global coronavirus cases have reportedly surpassed 218.566 million and death toll tops 4,534,137.