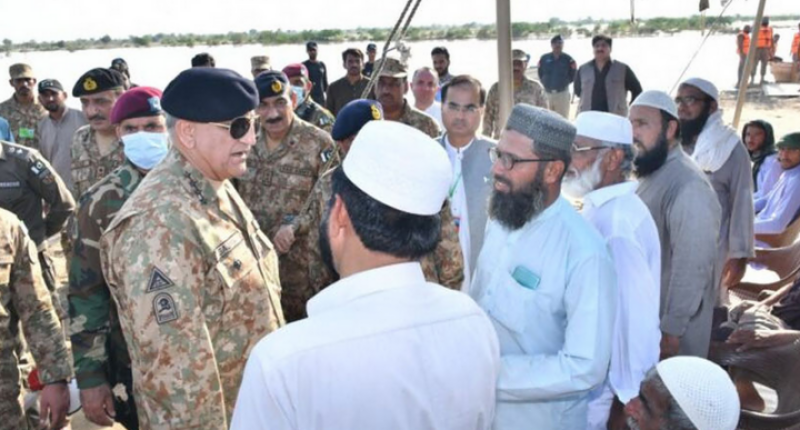 According to the Inter-Services Public Relations (ISPR), During his visit to Rojhan, the COAS assured flood affectees that Pakistan Army will help them to overcome their problems in these difficult times.

He directed ground troops to take this responsibility as a noble cause and spare no effort to lessen the burden of flood affected brothers and sisters.

The army chief visited the relief camp and reviewed the facilities being offered to the affected people. He also interacted with the people and listen to their problems.

"While interacting with flood victims at D.I. Khan, he consoled them over their loss and lauded the resilience of local residents in the face of unprecedented natural calamity," the military's media wing said.

The COAS also directed FC South KP troops to ensure timely assistance and help to brave people of Khyber Pakhtunkhwa in this hour of need, the ISPR stated.