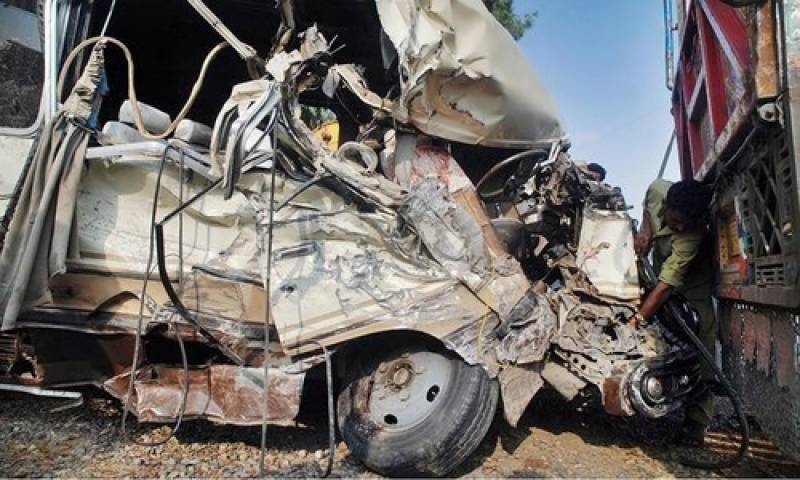 Quetta (Web Desk): At least seven people were killed and two others were injured when a pick-up collided with a truck near Pak-Iran border in Chagai on Sunday evening.

According to Levies officials, the road accident occurred due to over speeding. The driver of the truck lost control and it collided with the pick-up coming from the opposite side. The officials stated that the pick-up was severely damaged due to the accident.

The injured were rushed to a nearby hospital for medical treatment.