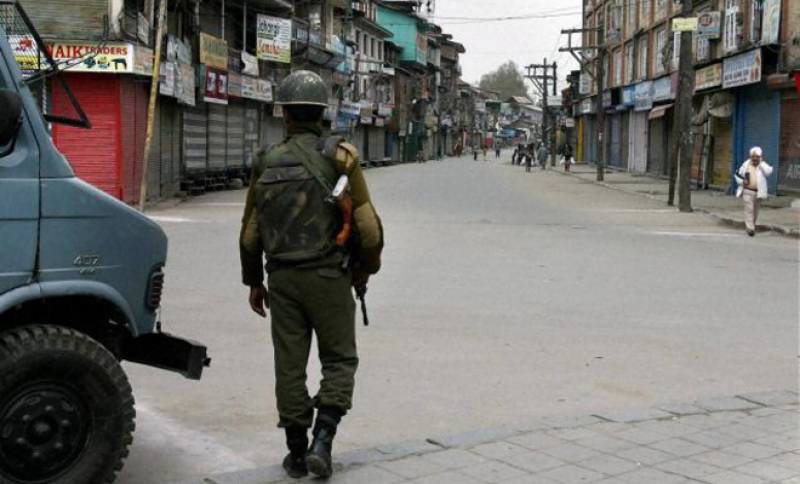 Srinagar (Staff Report): A complete shutdown is being observed on Sunday in Indian-occupied Kashmir called by the joint resistance leadership against the Prime Minister Narendra Modi’s visit to the territory.

A massive deployment of Indian troops and police personnel could be observed across the occupied territory ahead of Modi’s visit.

Four hundred thirty people were injured due to use of brute force and firing of bullets, pellets, and teargas shells on peaceful protesters during the period.