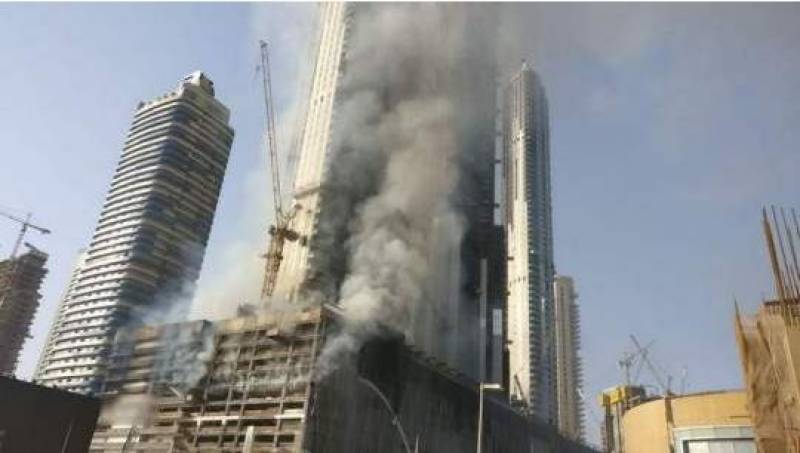 Dubai Media Office identified the building as the Address Residence Fountain Views a three 60-storey tower complex expected to be completed by next year.

Black smoke filled the Dubai skyline and several nearby roads were closed.

The eye-witnesses said that the fire erupted at around 5.30am. However, Dubai Media Office confirmed that the fire was brought under control within three hours.

The fire was put out by fire extinguishing squad and a cooling operation was initiated to prevent the fire from spreading to nearby areas.