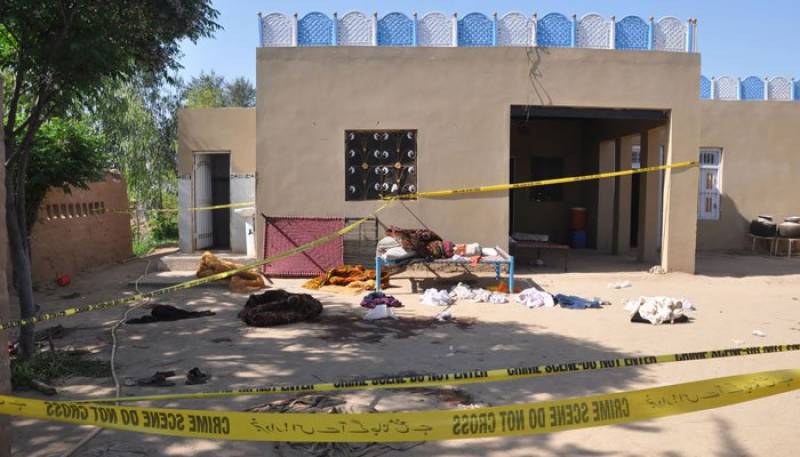 Sargodha (Staff Report): The custodian of Sargodha shrine has confessed to torturing and murdering at least 20 disciples, including four women.

Abdul Waheed, who is custodian of Darbar Ali Muhammad Gujjar shrine in Chak-95 of Sargodha, said he along with his accomplices first intoxicated the disciples then tortured them with machetes and batons, eventually killing them.

Sargodha Deputy Commissioner Liaquat Ali Chatta said Waheed had phoned the victims, telling them to come to the shrine. He used a dagger and sticks to kill his victims, Chatta added.

At least twenty people were murdered and four others wounded at a Sufi shrine in Sargodha early Sunday. Six of the deceased belonged to the same family.