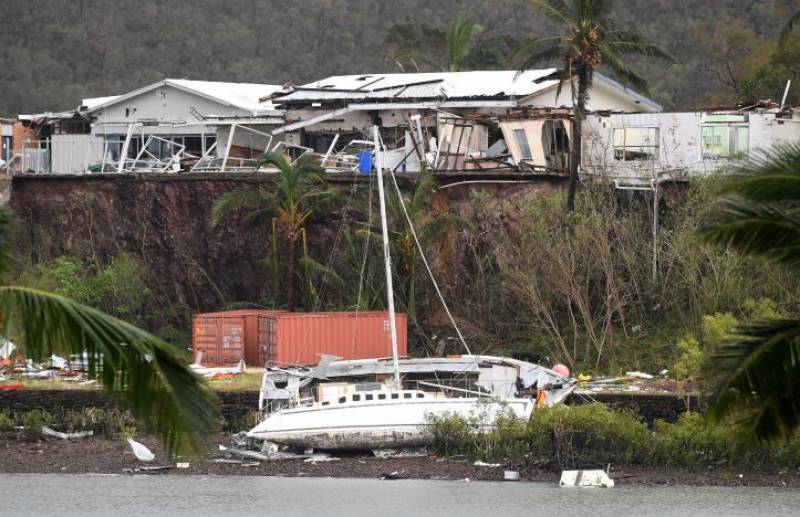 Sydney, Australia (Reuters): Australian authorities on Sunday said they found a third body in the aftermath of Cyclone Debbie and accompanying floods that swamped the country's east coast, as receding waters start revealing the human and economic cost of the storm.

Queensland Police said that the body of 77-year-old Nelson Raebel was found in floodwaters in the state of Queensland on Saturday afternoon bringing the national death toll to three since the cyclone hit on Tuesday.

Authorities are still searching for another three people that remain missing in flood-hit areas of Queensland.

Queensland Premier Annastacia Palaszczuk said the devastation caused by the storm was huge. She told reporters on Sunday, "It is going to take months to repair."

The Insurance Council of Australia has declared the event a catastrophe, which could cost hundreds of millions of dollars in losses.

Photos taken by emergency services in the town of Lismore, in New South Wales, show businesses in the town center inundated with brown water.

Mayor Isaac Smith, who was assessing the damage on Sunday, told Reuters it resembled a "war zone".

But evacuation orders were still in place for a number of townships in the state's north, while the city of Rockhampton in Queensland braced for record-level flooding next week, as water moves downstream into the Fitzroy River catchment.

Michelle Verry, meteorologist from the Queensland BOM, said, "It's almost the size of Texas in the U.S., it's a huge catchment, and that's why it can take some time for water to make it's way downstream."

Verry said, what remains of the cyclone, has moved off Australia’s eastern coast.

Australia's Defence Force was deployed to help deliver medical personnel and supplies to communities in the north of the state.

Debbie will hit Australia's A$1.7 trillion ($1.3 trillion) economy, with economists estimating it will slow growth to under 2 percent in the first quarter.