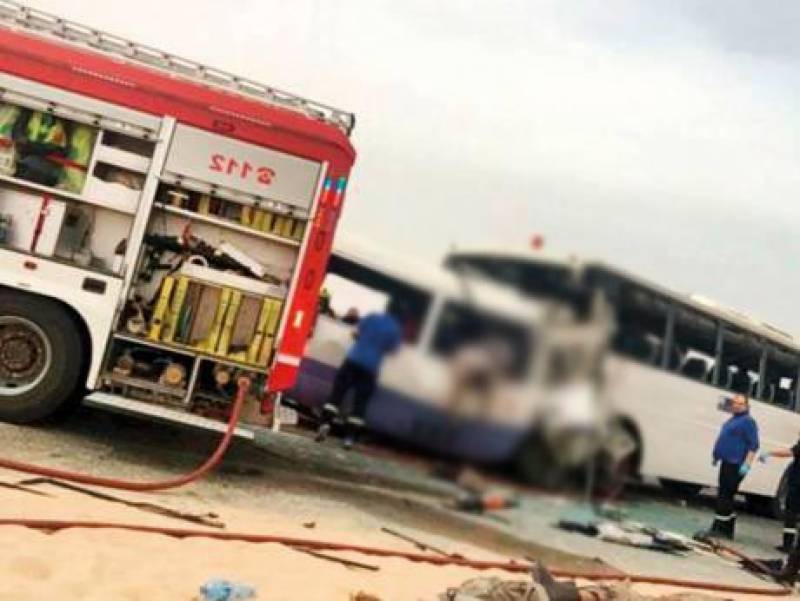 According to Mohammed al Basri of the state-owned Kuwait Oil Company (KOC), among the dead were three Pakistanis, seven Indian nationals and five Egyptians.

An Indian national is fighting for his life, after the head on collision. Another Indian and a Kuwaiti were also injured, Basri said.

Kuwait’s state news agency said the two buses collided, leading to the high death toll, with firemen having to cut some of the injured out of the wreckage.