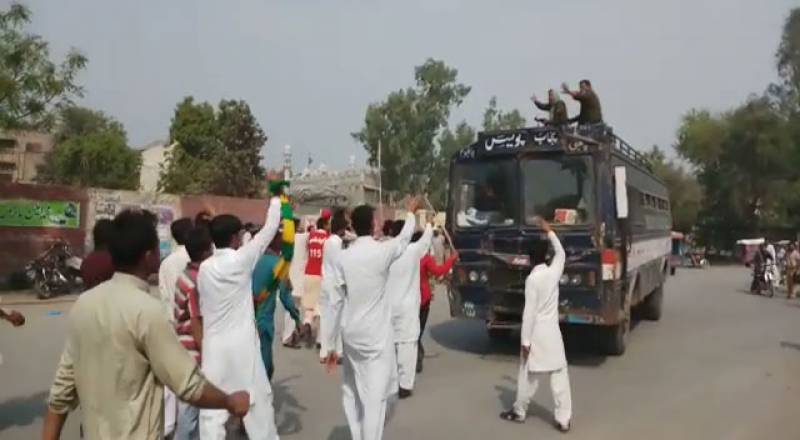 Faisalabad (Staff Report): A protest erupted in Jaranwala on Monday after a 7-year-old girl was found murdered — allegedly after being sexually assaulted.

A large number of civil society activists, area residents and relatives of the victim staged protest and forcibly closed shops in the city.

The protesters raised slogans against the police and charged at a bus of Punjab police. Many lawyers also boycotted the courts to condemn the incident.

A seven-year-old girl was allegedly raped and killed in Faisalabad’s Jaranwala district and her mutilated body was recovered from fields in the area.

Inspector-General Punjab Arif Nawaz Khan has taken notice of the minor’s rape and death, and has sought a report from Central Police Office Faisalabad within 24 hours.