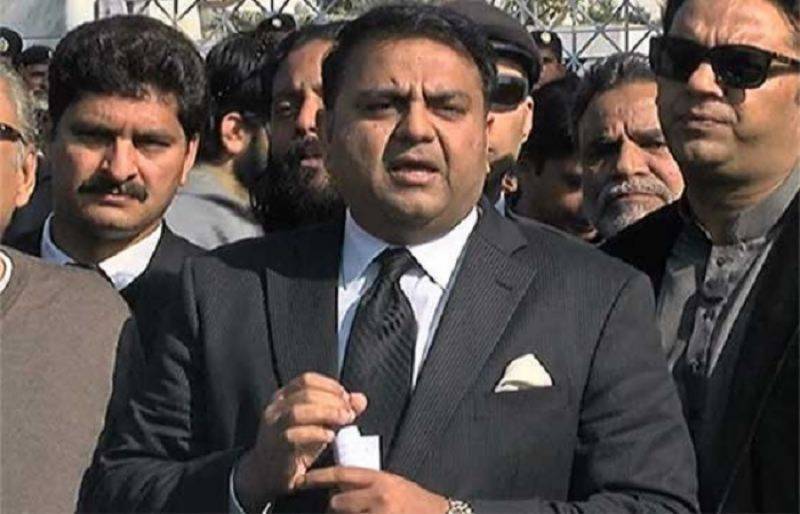 Islamabad (Web Desk): Federal Minister for Information and Broadcasting Fawad Chaudhry on Saturday assumed the additional charge of Ministry of Law and Justice.

A notification to this effect was issued by the Cabinet Division.

Fawad Chaudhry visited the Ministry of Law and Justice where he was briefed about the ministry's affairs by the Secretary Law.

Chaudhry has been given the additional charge of law ministry on after Barrister Farogh Naseem resigned from the office earlier this week after his party Muttahida Qaumi Movement-Pakistan (MQM-P) ended its coalition with the ruling Pakistan Tehreek-e-Insaf (PTI) and announced to support the joint Opposition in the no-confidence motion against Prime Minister Imran Khan.

Talking to newsmen on Friday, Fawad Chaudhry announced to file a petition in the court for the cancellation of Pakistan Muslim League-Nawaz (PML-N) President Shehbaz Sharif’s bail in a corruption case.

He said that both Shehbaz Sharif and his son Hamza Shehbaz, who are on bail in the corruption cases, were looking for the slots of prime minister and Punjab chief minister.

"I was just told that the law ministry’s charge is being given to me, I, at once, will ask for filing petitions for the cancellation of bail of both Shehbaz and Hamza," Fawad added.