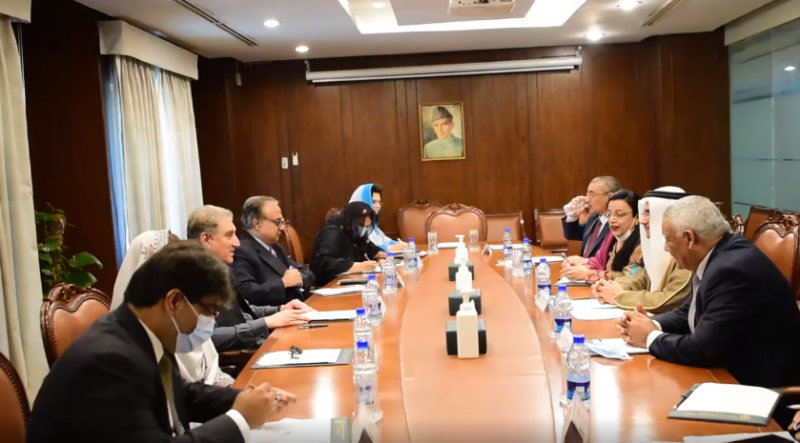 According to details, the foreign minister's remarks came while he was talking to the visiting delegation of Arab Parliament led by its head Adel bin Abdul Rahman in Islamabad.

He apprised the Arab parliamentary delegation on the gross human rights violations by Indian forces in Indian illegally occupied Jammu and Kashmir and the threats being posed to the regional peace and stability because of the Indian policies.

He said that Pakistan desires peace and stability in the Middle East and has a clear stance on Palestine issue.

"Pakistan's relations with the Arab countries are based on common religious, cultural and historical values," FM Qureshi said.