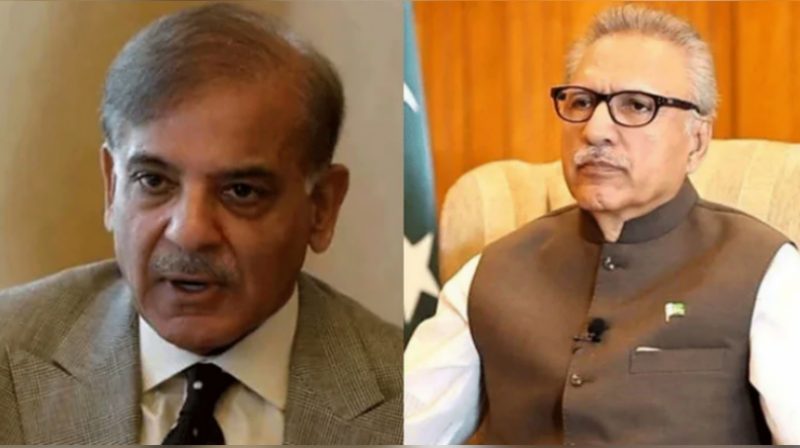 President Alvi telephoned Chief of Army Staff (COAS) General Qamar Javed Bajwa and condoled with him over the martyrdom of Army personnel. He prayed for higher ranks for the departed souls in heaven.

Expressing his deep sorrow and grief over the unfortunate incident, the president prayed for the elevation of their ranks in Jannah and also expressed sympathy for their families for their irreparable loss.

Paying tribute to the martyrs' services for the country and the nation, the president said that these officers were selflessly engaged in relief operations disregarding the danger posed to their lives to alleviate the suffering of the flood victims.

"The entire nation is indebted to them and salutes them for responding to the call of duty and providing relief to the people facing hardship due to heavy floods and bad weather," President Alvi said.

During his conversation, the President affectionately recalled a briefing given to him by Corps Commander Lieutenant General Sarfraz Ali during one of his visits to Gawadar and said that he found the officer extremely capable and intelligent having exceptional management skills.

Chief of Army Staff, while apprising the President of the unfortunate incident, said that the helicopter met an accident because of low visibility due to bad weather and added that the wreckage of the helicopter had been recovered and all military officers had embraced martyrdom.

In a separate message, Prime Minister Shehbaz Sharif also expressed his grief over the martyrdom of the military officials.

The prime minister also commiserated with the bereaved families.

The Pakistan Peoples Party (PPP) chief said that his workers and supporters’ hearts went out to the bereaved families of the helicopter victims.

The military chopper had gone missing as it was en route from Quetta to Karachi at around 5:30pm. The personnel in the chopper were overseeing the flood relief efforts in the southwest of the country.