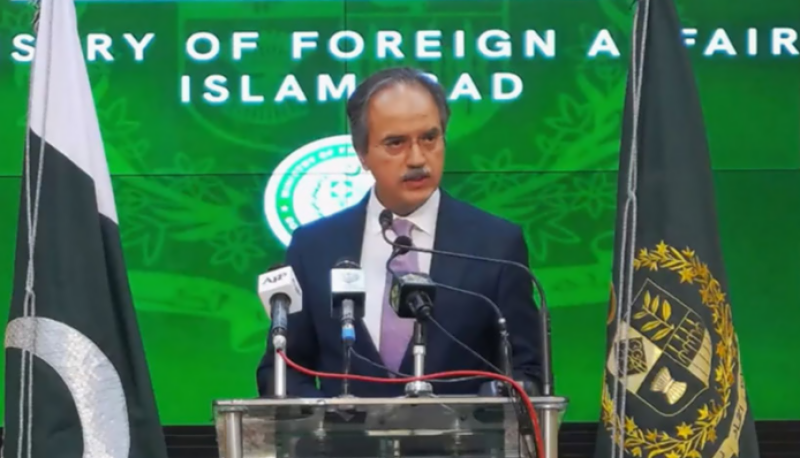 Islamabad (Web Desk): The Foreign Office on Thursday summoned an Indian senior diplomat and conveyed Pakistan's categorical rejection of the mischievous spin given by India to an isolated incident involving an individual at Gurdwara Darbar Sahib in Kartarpur.

According to a statement issued by Foreign Office (FO) spokesperson Asim Iftikhar Ahmad, a senior diplomat from the Indian High Commission was summoned by the Ministry of Foreign Affairs and conveyed "Pakistan's categorical rejection of the mischievous spin given by India to an isolated incident involving an individual at Gurdwara Darbar Sahib".

The statement said that the Indian diplomat was conveyed that the incident was swiftly addressed and clarified.

“Pakistan accords highest primacy to the rights of the minorities and sanctity of religious places and revered sites of every community is ensured in Pakistan,” the FO spokesperson said.

“The Indian diplomat was instead told to urge the government of India to investigate the incidents of gross and systematic persecution of minorities in India which continue with impunity and state complicity. Given its systematic marginalisation and brutalization of minorities, India has no locus standi to even feign concern for minorities elsewhere,” the statement said.

The FO statement said that Indian authorities must focus on ensuring effective protection of their own minorities and places of worship from repeated instances of desecration, hate crimes and mob lynching.

On Tuesday, Indian External Affairs stated that Pakistan's charge d’affaires was summoned to convey "deep concern at the incident of desecration of the sanctity" of Gurdwara Darbar Sahib.

A clothing brand recently came under fire after an alleged photo shoot at the Kartarpur Corridor.

The shoot was pointed out by prominent Indian Sikh journalist, Ravinder Singh Robin. In the aforementioned shoot, a model can be seen bareheaded, posing for the camera, compromising the sanctity of the place.

However, the clothing brand and the model had issued separate apologies over the matter.

The clothing brand responded by deleting the pictures that had sparked outrage from its social media handles.