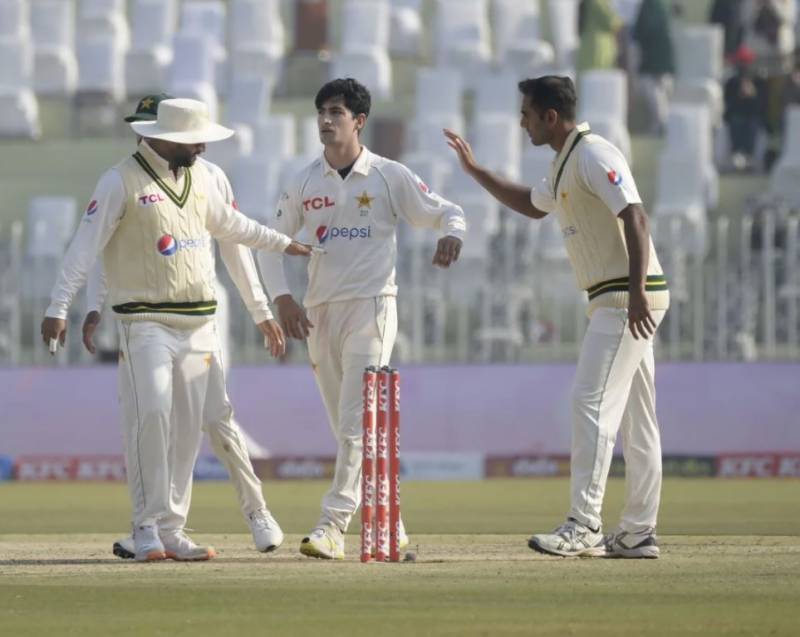 Rawalpindi (Web Dsk): England bowled out for 657 runs in the first innings against Pakistan on the second day of the first cricket Test of three-match series in Rawalpindi on Friday.

Earlier, resuming at 506-4, England added 151 runs in 125 minutes in the extended two-and-a-half-hour session, with Harry Brook taking his overnight score of 101 to 153, one of four centurions in the innings.

On the first day of the Pindi Test on Thursday, Zak Crawley, Ollie Pope and Ben Duckett scored 122, 108 and 107 for England respectively. Harry Brook and Ben Stokes were on the crease with 101 and 34 runs.

England have broken a 112-year-old record for most runs scored on day one of a Test they started furiously against Pakistan.

Earlier, England won the toss and elected to bat first against Pakistan.