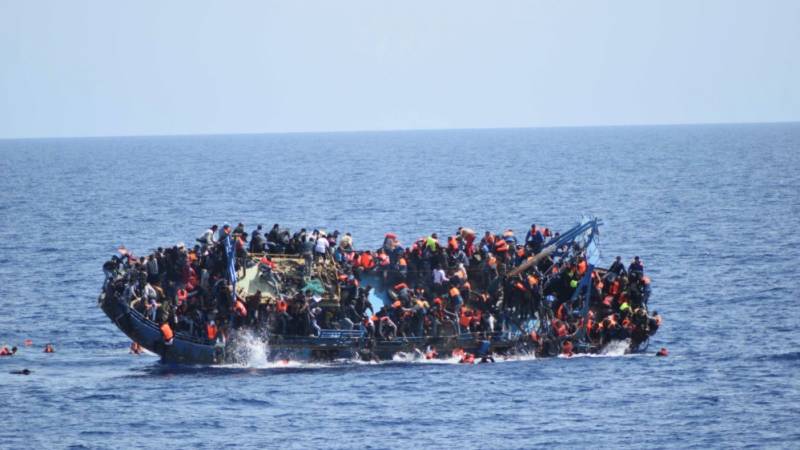 Tripoli (Web Desk): More than 90 migrants are feared to have drowned after a smuggler’s boat capsized off Libya, according to the UN Migration Agency.

“Ten bodies (two Libyans and eight Pakistanis) are reported to have washed up on Libyan shores,” the International Organization for Migration (IOM) said in a statement.

Breaking: at least 90 migrants are reported to have drowned off the coast of #Libya: https://t.co/ZbJG58qr7y pic.twitter.com/MnGAQYQMdK

Three survivors said most of those who drowned were Pakistani nationals.

The UN agency says Pakistani nationals had been taking an increasingly large share of migrants trying to cross the Mediterranean via Libya to Europe.

Libya is the main gateway for migrants trying to cross to Europe by sea, though numbers have dropped sharply since July as Libyan factions and authorities – under pressure from Italy and the European Union – have begun to block departures.

16 Pakistanis drowned off in boat capsizes off Libya, confirms FO