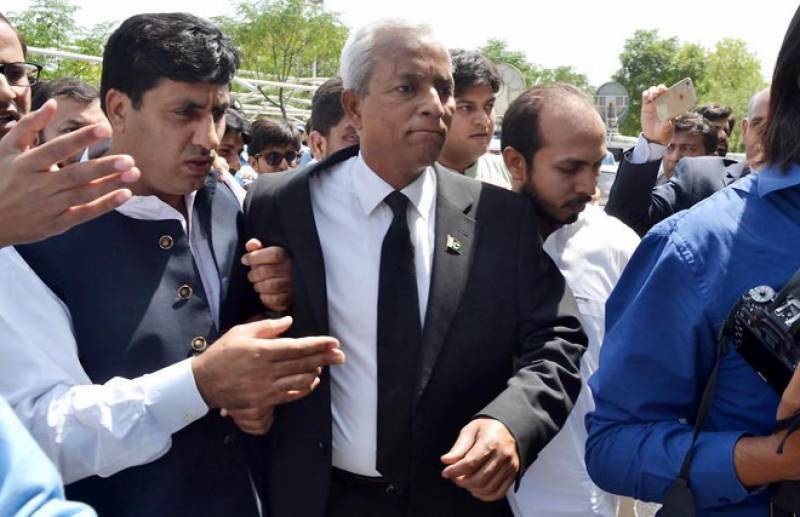 Islamabad (Staff Report): Pakistan Muslim League-Nawaz (PML-N) Senator Nehal Hashmi, who was arrested on Thursday after the Supreme Court awarded him one month jail in court contempt case, has been admitted to Adiala Jail hospital on Friday after he complained of chest pain.

The three-member bench headed by Justice Asif Saeed Khosa and comprising Justices Dost Mohammad and Maqbool Baqar gave the decision today in a 2-1 order with Justice Dost abstaining. The court also imposed a fine of Rs 50,000 on the senator.