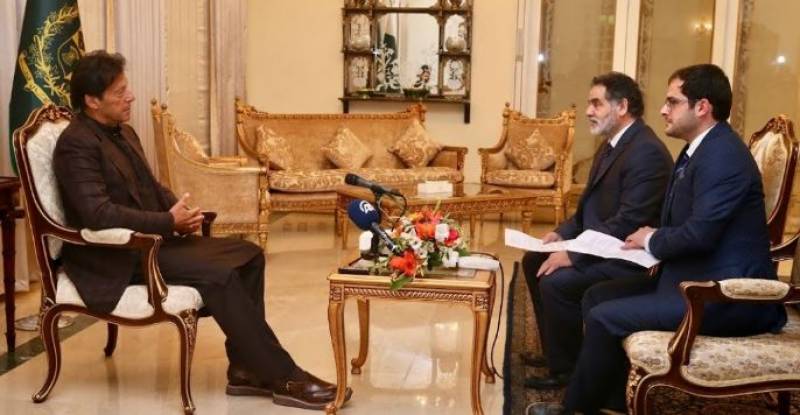 In an interview with Turkish global wire Anadolu Agency, PM Khan said Pakistan has played its part in bringing down tensions and averted war following the recent US-Iran conflict but there is a need to continue efforts for a permanent solution.

Talking about situation of occupied Kashmir, Imran Khan said India has been taken over by extremist racist ideology, which is called the RSS and this ideology believes that India belongs to Hindus only. He said India has clamped down a curfew on eight million people of Kashmir for almost six months and deputed nine hundred thousand troops in the held valley. He said Pakistan is grateful for the way Turkey stood with the people of Kashmir and the statement given by President Erdogan.

Replying a question about Pak-Turk relationship, the PM said Turkish President Recep Tayyip Erdogan is expected to visit Islamabad in the middle of this month and he hoped that this visit would further strengthen the brotherly relationship between Islamabad and Ankara.

Appreciating the government's economic team, the Prime Minister said that it did a great job and almost seventy-five percent of the current account deficit have been curtailed. He said we are moving to the next program to enhance growth rate and the government will be able to provide jobs to younger people.