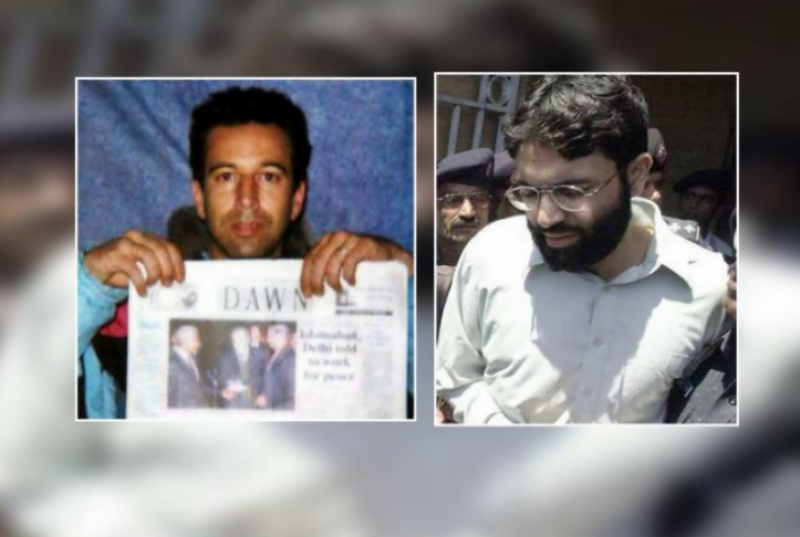 A three-judge bench of the top court resumed the hearing of the Sindh government’s appeal against the Sindh High Court’s (SHC) December 24.

Rejecting a review petition seeking suspension of the SHC’s acquittal verdict in the case, the court directed to take out Ahmed Omer Saeed Shaikh from the death cell of the jail and shift him to a common barrack of jail for two days and then the accused should be kept at a government rest house.

Attorney General told the court that Ahmed Shaikh is not a common criminal but a ‘mastermind’ of terrorists.

On this, Justice Bandial sought proof of the accusation while Justice Sajjad Ali Shah asked that what action was taken from the past 18 years on these charges.

The court further ordered that Sheikh should not have access to the outside world from the rest house, adding that he should be allowed to spend the Kashmir Day with his family members.

Umar Shaikh and other detainees will not be allowed to use mobile phones or the internet during detention, the court added.

On Monday, the apex court had extended the detention of Sheikh by one day on the request of the Sindh government to review his release.

On January 30, the federal government announced to formally join the review proceedings initiated by the Sindh government against the acquittal of Ahmed Omar Saeed Sheikh, the prime accused in murder of American journalist Daniel Pearl.

A spokesman of the Attorney General of Pakistan said that the federal government will also be filing an appropriate application before the Supreme Court, seeking permission to become a party in the proceedings of review and recall of the top court’s Jan 28 verdict.

The top court had rejected Sindh government’s petition against the order of the Sindh High Court (SHC) overturning the conviction of the prime accused in the murder of American journalist.

Earlier, the SHC overturned the conviction of prime accused Ahmed Omer Saeed Sheikh in the kidnapping and killing of Wall Street Journal reporter.

A two-member bench comprising justice KK Agha and Justice Zulfiqar Ali Sangi announced a verdict on appeals filed by Sheikh, a British national, and co-accused against the conviction in 2002.

Sheikh has already spent 18 years in prison on death row and the seven-year sentence was expected to be counted as time served.

The court also acquitted three others accused in the case: Fahad Naseem, Sheikh Adil, and Salman Saqib, who were earlier sentenced to life in prison.

The SHC further dismissed an appeal of the state seeking enhancement of life term of three co-accused.

Daniel Pearl, 38, was the South Asia bureau chief for The Wall Street Journal when he was abducted in Karachi in January 2002 while researching a story about religious extremists in Karachi.