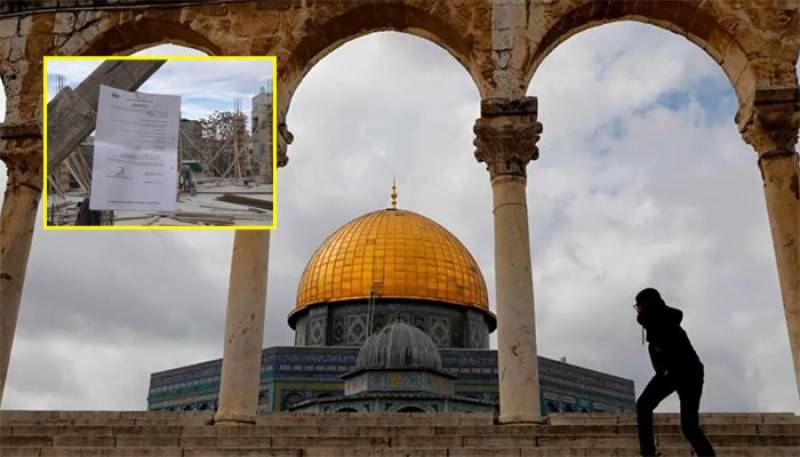 Jerusalem (Web Desk): Amnesty International on Tuesday called out Israel for maintaining a policy of apartheid against Palestinians by seizing their land and property, carrying out unlawful killings and denying them citizenship.

According to a 211-page report by the London-based rights group, Israel is subjecting Palestinians to a system of apartheid while maintaining policies that create what it describes as a system of oppression and domination over the Palestinians.

The measures included restrictions on Palestinian movement in territory occupied in the 1967 Middle East war, underinvestment in Palestinian communities in Israel, and preventing the return of Palestinian refugees.

The report urged the international community to stop supplying Israel with weapons and economic assistance.

It also said that the International Criminal Court should investigate possible crimes against humanity that may have been committed by both Israel and Hamas during the conflicts between them.

The report is the second by an international rights group in less than a year to accuse Israel of pursuing a policy of apartheid, after Human Rights Watch came to a similar conclusion in April.

Previously Israel has been accused of apartheid in occupied Palestinian territory, but the scope of this report goes further and includes any Palestinian anywhere in Israel.

Palestinian officials in both the West Bank and Gaza welcomed the report.

In a statement, the Palestinian Foreign Ministry said it was a "detailed affirmation of the cruel reality of entrenched racism, exclusion, oppression, colonialism, apartheid, and attempted erasure that the Palestinian people have endured.

The report drew a swift and sharp reaction from Israel.

In a statement, Israeli Foreign Minister Yair Lapid said: "Israel is not perfect, but it is a democracy committed to international law and open to scrutiny." He added that the country had a free press and a strong Supreme Court.

"I hate to use the argument that if Israel were not a Jewish state, nobody in Amnesty would dare argue against it, but in this case, there is no other possibility," the Israeli FM said.