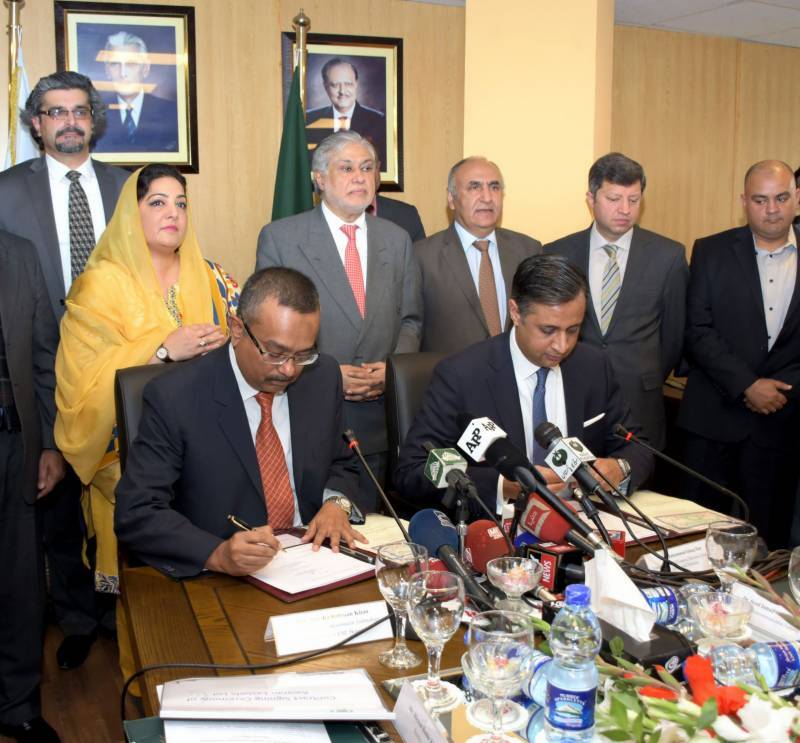 Islamabad: While speaking to a ceremony in Islamabad, arranged for the signing of agreement to launch 3G services in backwards area of Baluchistan, Pakistan federal finance minister Ishaq Dar has said that the government is committed to bring people of all areas into the country's financial and digital mainstream.

As a result of agreement,3G services would be provided in about 257 villages of Lasebela and Avaran districts of the province.

The Finance Minister assured provision of IT network in FATA.He pointed out that Multan-Sukkur section of Karachi-Lahore Motorway was commercially not viable but the Government brought it under the ambit of CPEC to implement the project successfully.

Ishaq Dar expressed the confidence that the country would get rid of the menace of load shedding in 2018 which has been reduced to a great extent.

Speaking on the occasion, IT Minister Anusha Rahman said several projects for provision of IT services in remote and backward areas of Balochistan and Khyber Pakhtunkhwa are under implementation.

She said 190 villages of Turbat, Gwadar, Ketchh and Panjgur are also being connected under the scheme.Anusha Rehman said under the vision of connecting the unconnected, we are making efforts for maximum digital connectivity.

She said with wide spread array of infrastructural network under the CPEC, we have with collaboration of our partners laid down sixty four hundrd kilometres optic fibre network digitally linking the whole country.