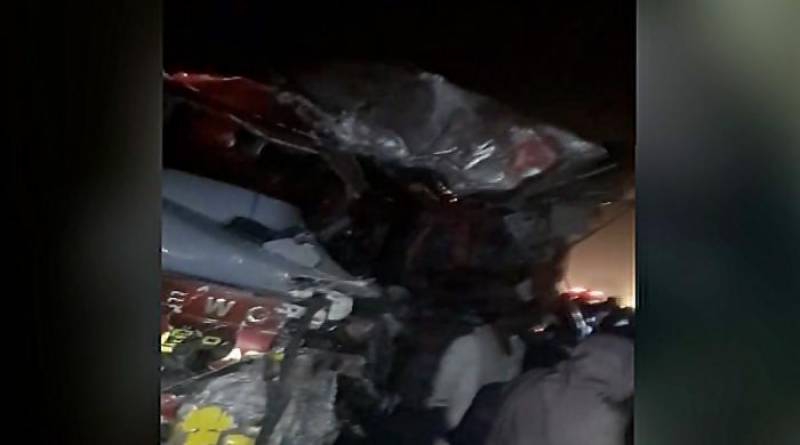 Kandhkot (Staff Report): Two buses collided with a car near Kandhkot bypass, six passengers were killed and 22 injured, in the early hours of Monday.

Police officials reported, the accident took place due to the low visibility because of dense fog near Kandhkot bypass, in which six people were reported dead on the spot while 22 were injured, of which four are in critical condition.

One of the buses that collided was enrouted from Karachi to D.G. Khan, while the other was going to Karachi from Kohat.