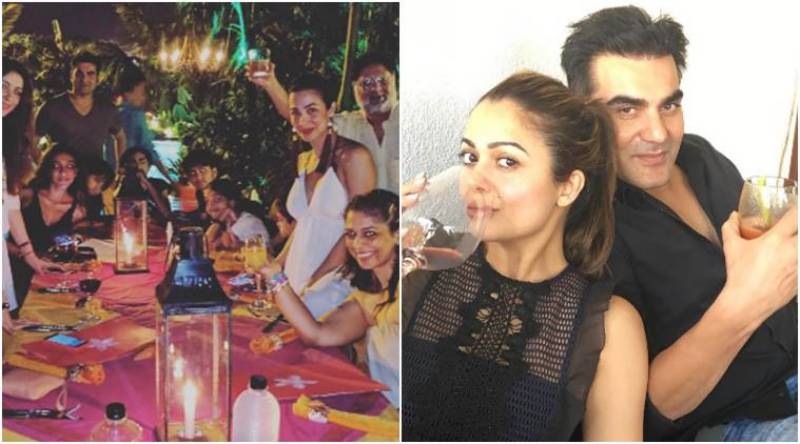 The break-up that ruled the year of 2016 and among those we already know about, it was the divorce of Malaika Arora and Arbaaz Khan that left us most shocked.

However, the things will turn sour in most cases after a break-up or divorce. But Arbaaz and Malaika are setting some goals for their fans. They seem to be cool in each other’s company. They were spotted in Goa, celebrating New Year’s Eve with their close friends.

Malaika’s sister Amrita Arora shared a picture where we can spot Malaika and Arbaaz smiling for the camera with no awkwardness at all. Well, they are definitely breaking the social stigma attached to divorce.

According to the reportedly, the couple is attending counselling sessions at the Bandra family court in Mumbai, a due procedure during a divorce case.

After a divorce petition is filed, both parties must attend counselling sessions for a period of six months to consider reconciliation, as maintained by rules.

If the court finds no signs of the two getting back together, the marriage is then dissolved.

Look at some of Malaika Arora Khan and Amrita Arora’s recent picture: