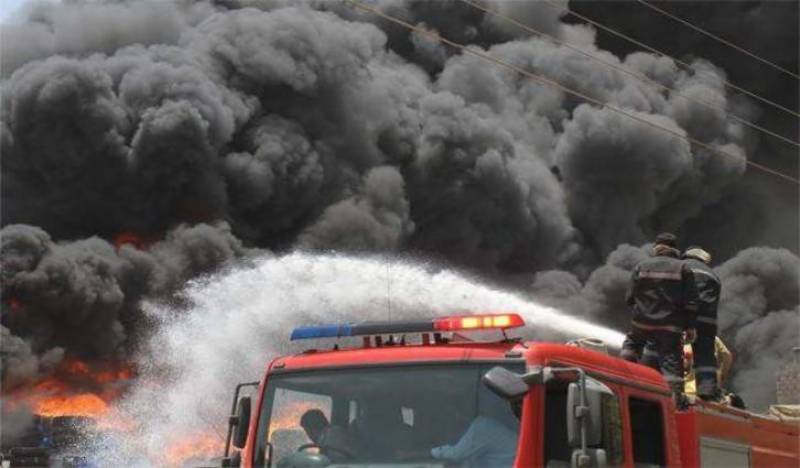 According to details, rescue and fire brigade teams arrived at the spot and after a hectic effort of one hour they brought the fire under control. The fire completely shattered three shops causing loss of thousands of rupees to the owners.

Rescue sources reported that a security guard of the market was sitting by the fire when a spark fell on clothes which resulted in huge fire, investigation is ongoing.

SHC orders shut down of alcohol shops across Sindh

Valuables worth millions turned to ashes as fire engulfed 20 shops