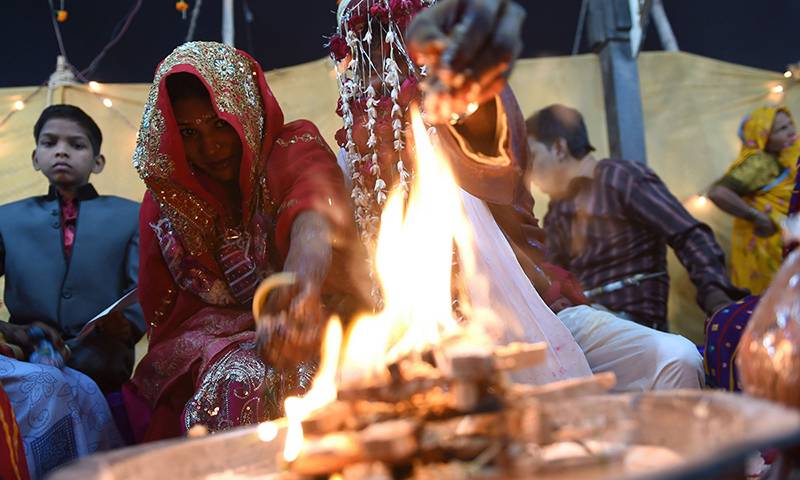 ISLAMABAD: Hindu marriages in Pakistan have been a matter of continuous arguments among civil societies, Law Makers and Parliamentarians largely due to the flaws. Hindu Marriage is never been marginalized like 1961, Muslim Personal Laws.

The bill will enable the Hindu community to get their marriages registered and separation cases could be resolved in the courts.

"There is no contradiction regarding the bill; this is right of minorities to live according to their religion," Senator Aitzaz Ahsan said. "Shariat law is totally different from Hindu law and Islam gives freedom to non-Muslims," he added.

Dr Vankwani said, "There was no Hindu marriage law in the country for 66 years. The country's leadership and all the political parties have done a commendable job."

The chairman expressed displeasure over not arresting all culprits of Ahmadi's worship place attack incident in village Dulmial, district Chakwal.

IG Punjab gave the details of ongoing investigation and told that a Canadian national, Abdul Rasheed, was also involved in this incident and that police were trying to arrest him, while some of the culprits have been arrested.