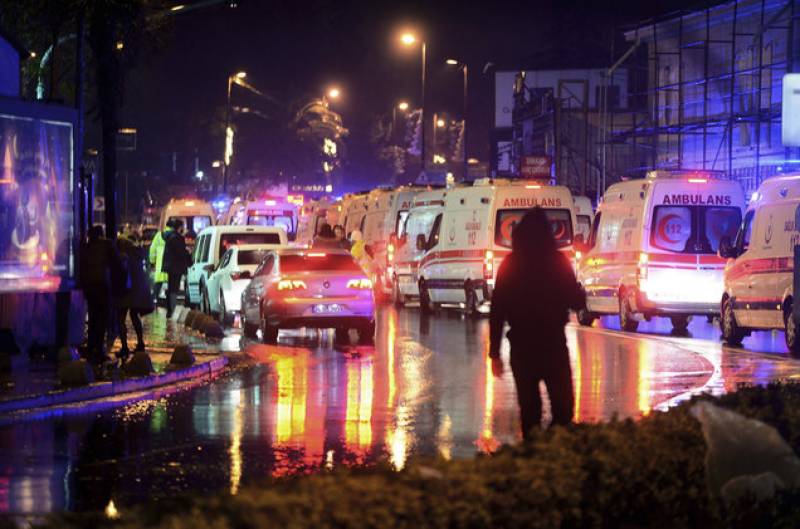 Istanbul:Shooting by an unidentified person at an Istanbul Night Club may have claimed 49 lives but the responsibility for the attack is claimed by the famous terrorist league Daesh.

The Islamic State group on Monday claimed responsibility for the New Year's attack at a popular Istanbul nightclub that killed 39 people and wounded scores of others.

Turkish police meanwhile detained eight people in connection to the attack but were still hunting for the gunman who disappeared amid the chaos of the attack.

The IS-linked Aamaq News Agency said the attack was carried out by a "heroic soldier of the caliphate" who attacked the nightclub "where Christians were celebrating their pagan feast."

It said the man fired an automatic rifle and also detonated hand grenades in "revenge for God's religion and in response to the orders" of IS leader Abu Bakr al-Baghdadi.

The group described Turkey as "the servant of the cross" and also suggested it was in retaliation for Turkish military offensives against the Islamic State group in Syria and Iraq.

"We let infidel Turkey know that the blood of Muslims that is being shed by its airstrikes and artillery shelling will turn into fire on its territories," the statement said.