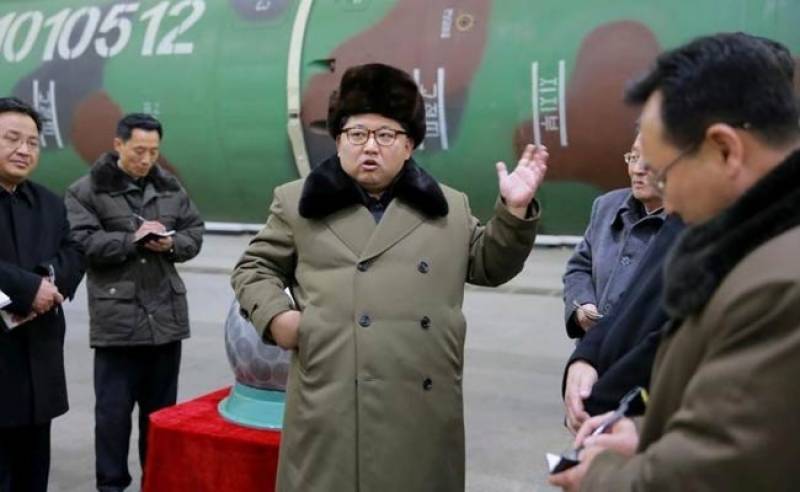 The toughly worded US statement called on "all states" to show the North that any unlawful actions would have "consequences."

It was issued by the Pentagon at a sensitive time -- just weeks before President Barack Obama is due to hand power over to his successor, Donald Trump.

The statement came hours after Kim Jong-un, the North Korean leader, said his country was close to testing such a missile, which would be capable of reaching American shores.

Kim said in a televised New Year’s speech, pointing to a string of nuclear and missile tests last year, "We are in the final stages of test-launching the intercontinental ballistic missile."

He said, “Pyongyang is now a military power of the East that cannot be touched by even the strongest enemy."

It urged Pyongyang to refrain from provocative actions and inflammatory rhetoric that threaten international peace and stability.

The statement reaffirmed Washington’s "ironclad commitment" to defend its allies, using the full spectrum of US extended deterrence capabilities.

Pyongyang has never successfully test-fired an intercontinental ballistic missile (ICBM), and analysts are divided over how close it is to doing so.

But all agree it has made enormous strides in that direction since Kim took over as leader from his father Kim Jong-Il, who died in December 2011.