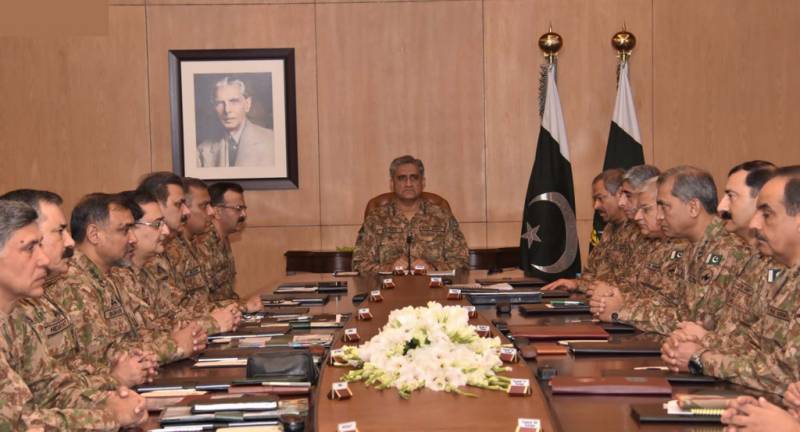 The meeting was presided by the Army Chief General Qamar Javed Bajwa.

The conference was called to discuss input for the National Security Committee (NSC) meeting scheduled for later today. Evolving geo-strategic environment and internal security situation were also discussed during the meeting.

"The United States has foolishly given Pakistan more than 33 billion dollars in aid over the last 15 years, and they have given us nothing but lies & deceit, thinking of our leaders as fools," Trump said in the early-morning New Year's Day tweet.

"They give safe haven to the terrorists we hunt in Afghanistan, with little help. No more!"

Pakistan also summoned the US ambassador, an embassy spokesman said Tuesday, in a rare public rebuke after Donald Trump lashed out at Islamabad with threats to cut aid over "lies" about militancy.