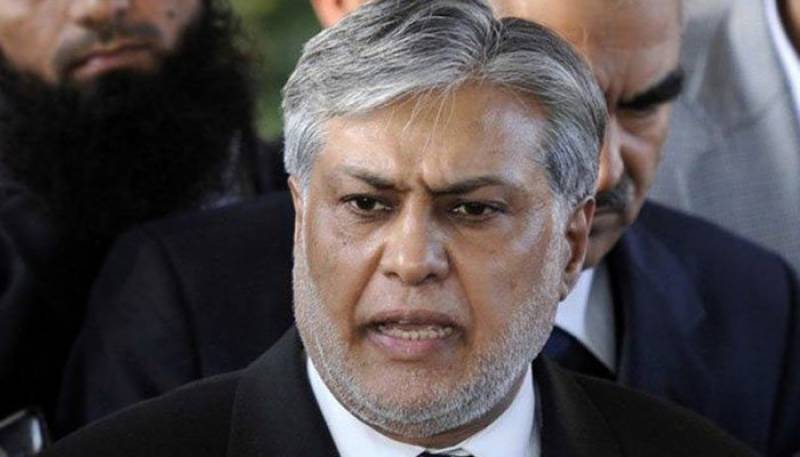 According to details, Justice Muhammad Bashir, hearing the reference filed by the National Accountability Bureau (NAB) against the PML-N leader, adjourned the hearing after the NAB special prosecutor submitted a copy of the Islamabad High Court's (IHC) stay order to the accountability court.

Witness Faisal Shahzad had also submitted details of bank accounts of Dar's wife before the court.

The court had directed NAB to submit its report pertaining to confiscation of properties of Dar and his guarantors and dismissed Dar's request to appoint Qazi Misbah as his counsel.

Dar is accused of possessing assets disproportionate to his declared sources of income.

A reference against the former finance minister was filed by the NAB in light of the Supreme Court's July 28 verdict in the Panama Papers case.

Dar had been earlier declared a proclaimed offender by the accountability court due to his continuous absence from the proceedings.