East Jerusalem (Web Desk): A 16-year-old Palestinian girl who was arrested after being filmed slapping an Israeli soldier has been charged with assaulting security forces, incitement and throwing stones.

The video of Ahed Tamimi, which went viral on social media two weeks ago, prompted competing reactions from Israelis and Palestinians, including a campaign for her release.

Her father, Bassem Tamimi, called it a “political trial”, saying Israel had dug up old incidents to “justify her arrest”.

Ahed’s mother, Nariman Tamimi, who allegedly livestreamed the incident on social media, was also charged with incitement and assault.

The footage showing Ahed, Nariman and a cousin, 21-year-old Nur Tamimi, physically confronting the soldier, who did not respond, led to the teenager being hailed as a hero by Palestinians, who saw her as standing up to Israel’s occupation of the West Bank.

According to the charges, Ahed pushed a number of soldiers and told them, “Get out or I’ll punch you,” before kicking and slapping them.

Ahed and her mother were charged in relation to the incident and to remarks broadcast in the immediate aftermath, in which Nariman asked her daughter to give a message to the world. According to the prosecution, Ahed said she hoped “everyone will participate in the protests”, in comments that the prosecution claims also endorsed violence. 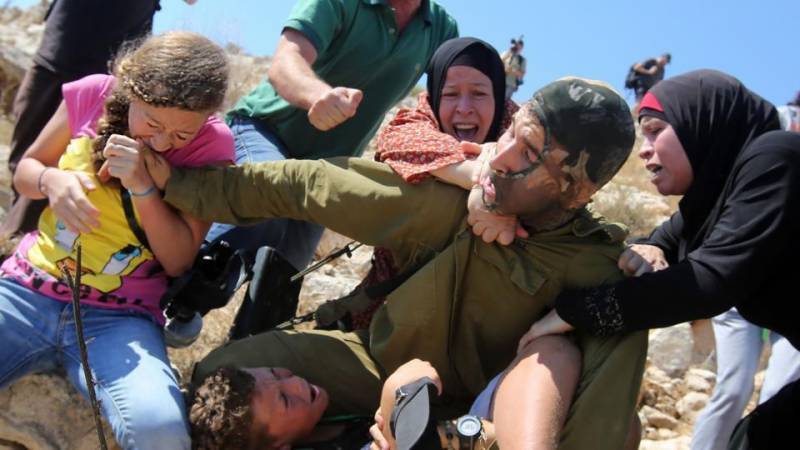 At the centre of concerns over the case against Ahed are fears that she has been singled out for “embarrassing the occupation”, as well as the use of the military courts system to deal with a minor.

Some anti-occupation activists have sought to compare Ahed to Malala Yousafzaior have referred to her as the West Bank’s Joan of Arc, celebrating her as a youthful symbol of “Palestinian resistance”. But on the Israeli side there have been accusations that her family were using the teenager in staged provocations for the cameras, as well as calls for her to face stiff punishment.

At the centre of the rival narratives is the fact that Ahed has long been a familiar figure at demonstrations in the West Bank village of Nabi Saleh. She was photographed two years ago scuffling with another Israeli soldier; that image also went viral.

In an op-ed piece for the Israeli newspaper Haaretz, Bassem Tamimi, a well-known activist who has spent time in prison, portrayed his daughter as a “freedom fighter”. 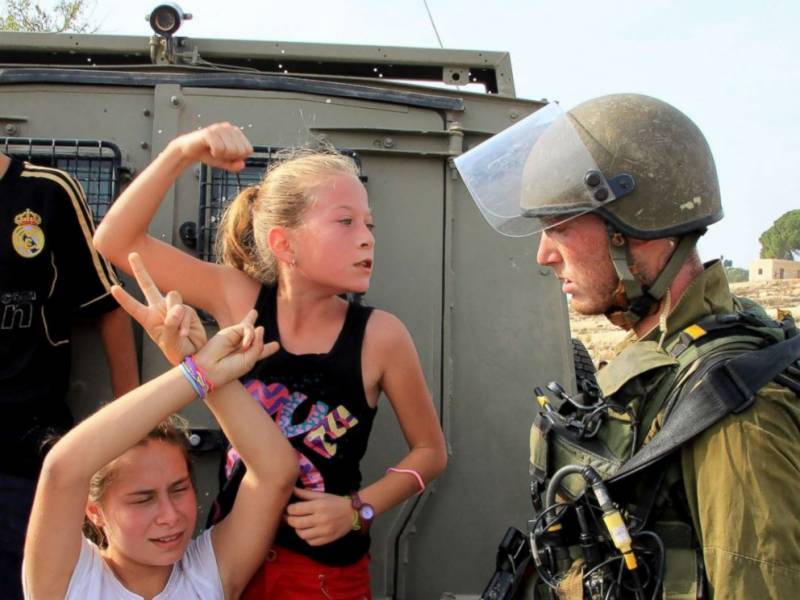 “My daughter is just 16 years old,” he wrote. “In another world, in your world, her life would look completely different. In our world, Ahed is a representative of a new generation of our people, of young freedom fighters.”

He continued: “Ahed is one of many young women who in the coming years will lead the resistance to Israeli rule. She is not interested in the spotlight currently being aimed at her due to her arrest, but in genuine change.”

The Israeli right has been equally forthright. The prominent Jerusalem Post commentator Caroline B Glick wrote: “In a very real sense, the Tamimi family is at the nexus of a global war against Israel.

“The Tamimis have connections with nearly every government and group involved in that war. The Israeli and American Left, the EU, Jordan and Turkey and of course Hamas and the PLO all support them.”

The case has raised complex questions over the prominent role of minors in Palestinian activism, not least in violent confrontations with Israeli security forces. Concerns have also been raised over the treatment of minors in the Israeli military court system, and how the media, both local and international, interpret such images from the conflict.