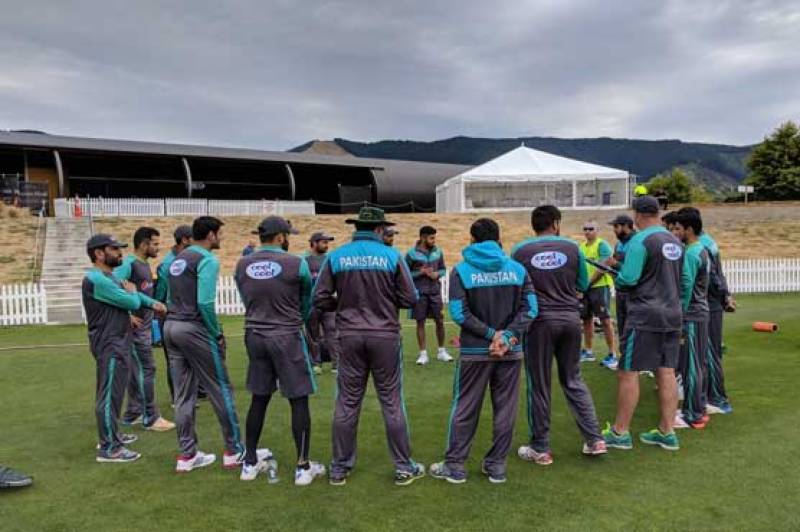 Nelson, New Zealand (Web Desk): Pakistan have announced their 11-member squad for the practice match against New Zealand XI scheduled to be played on January 3 at Nelson’s Saxton Oval.

According to details, Imam-ul-Haq, Haris Sohail, Mohammad Nawaz and Aamer Yamin will miss the 50-over practice game. Head coach Mickey Arthur is confident to win the match.

Arthur said players have adjusted well with New Zealand’s conditions. He maintained that every player is aware of his role in the team, and hoped to secure victory against the hosts by giving them tough time.

Earlier, the Green Shirts’ practice session was washed out by rain. However, the players did indoor training for tomorrow’s encounter.

The hosts are to play five one-day internationals (ODIs) and three Twenty20 Internationals (T20Is) during the tour. The series will start on January 6 with first ODI.