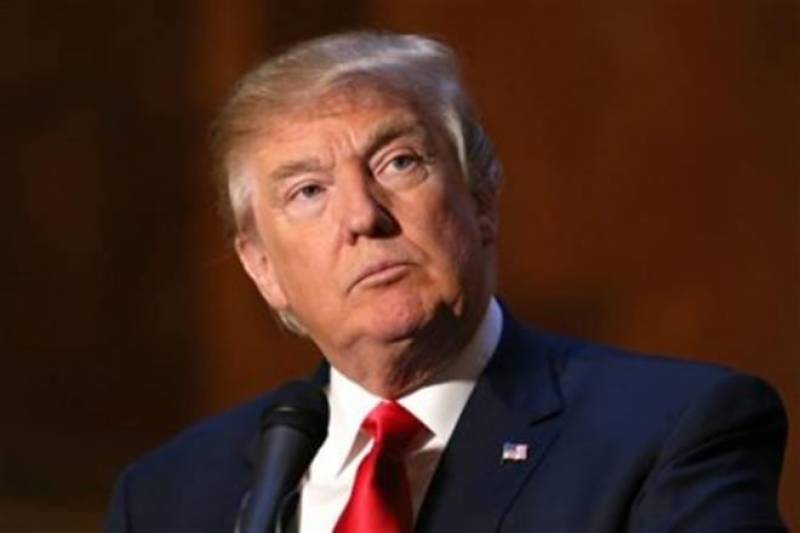 Washington (Web Desk): United States President Donald Trump has threatened to cut aid to Pakistan after accusing the country of giving nothing in return except for "lies and deceit".

In a tweet on Monday, the US president claimed that the United States had foolishly given Pakistan over $33 billion in aid over the last 15 years.

In his tweet, Trump accused Pakistan of thinking US leaders to be fools. “They give safe havens to the terrorists we hunt in Afghanistan, with little help. No more!”

The United States has foolishly given Pakistan more than 33 billion dollars in aid over the last 15 years, and they have given us nothing but lies & deceit, thinking of our leaders as fools. They give safe haven to the terrorists we hunt in Afghanistan, with little help. No more!

Foreign Minister Khawaja Asif, in a reply to the US president's tweet, said Pakistan will let the world know the truth and will be responding to Trump's tweet.

He added that there is a difference between facts and fiction.

We will respond to President Trump's tweet shortly inshallah...Will let the world know the truth..difference between facts & fiction..

PPP Senator Sherry Rehman said that the US is making Pakistan a target of its confusion and uncertainty.

In reference to the amount paid to the country by the US, that Pakistan has not taken any traffic charges on trucks supplying NATO in Afghanistan till date, she added.

She also advised the current leadership to talk directly with the US and refrain from engaging in a war of words.

In a news conference held on 28 December, Director General Inter-Services Public Relations (DG ISPR), Major General Asif Ghafoor stated no organised infrastructure of a terrorist organisation exists in Pakistan. His statement was in reference to the unfounded talk by the US and Afghanistan on the presence of terrorist bases in Pakistan.

“We have been saying that Pakistan has fought twice an imposed and imported war inside Pakistan. We have sacrificed a lot. We have paid a huge price both in blood and treasure. We have done enough and we cannot do any more for anyone. Whatever we are doing and shall, will only be done for Pakistan.”

The spokesperson clarified that the Coalition Support Fund, received from the US, is reimbursement of money spent for operations in support of the coalition for regional peace.

The ISPR chief stated, "Had we not supported, al-Qaeda would not have been defeated."

However, he added, the Army went into North Waziristan indiscriminately and took action against the Haqqani Network as well. “The effect of any operation does not appear at that time. What we do today or this year, the impact will be felt in subsequent years and months.”

He further said that if there any facilitators or abettors inside Pakistan, that can only be addressed if 2.7 million Afghan refugees are sent back to Afghanistan for which pull factors should be created by Kabul and Washington.

US Vice President Mike Pence, during an unannounced trip to Afghanistan in December, said; "Pakistan has much to gain from partnering with our efforts in Afghanistan. The days to shelter terrorists have gone. It has much to lose by continuing to harbour terrorists."

He had added that President Trump has "put Pakistan on notice for providing safe haven" to the terrorists on its soil.

"For too long Pakistan has provided safe haven to the Taliban and many terrorist organisations, but those days are over.. President Trump has put Pakistan on notice," Pence told American troops at the Bagram airbase in Afghanistan.

The story was originally published by ‘the Guardian’