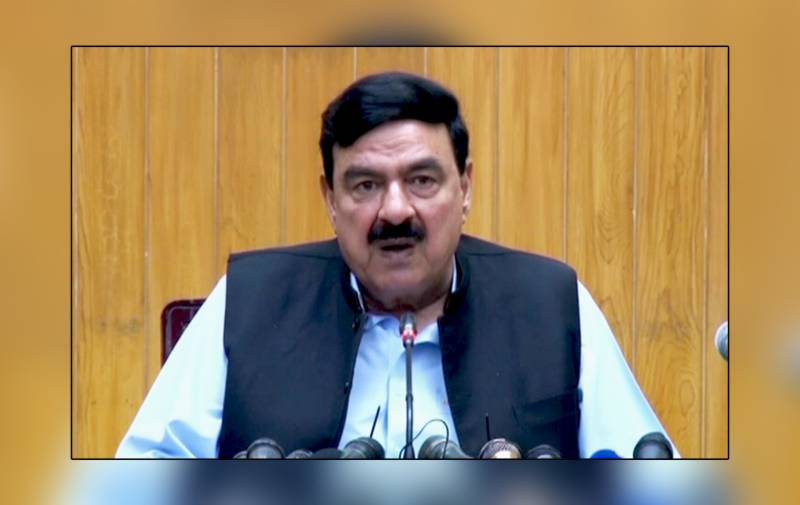 Islamabad (Web Desk): Minister for Interior Sheik Rashid Ahmad on Saturday said that action would be taken within 72 hours against those using derogatory language against Pakistan Army or other state institutions.

Sheikh Rashid's remarks come a day after Pakistan Democratic Movement (PDM) chief Maulana Fazlur Rehman said that the opposition's movement would no longer be directed only at the government but also against it's "backers".

He said that the day the PDM members tell the date of the long march, the government will communicate their legal and political rights to them the same day.

Addressing the problems in acquiring visas, the interior minister said that the government has launched online visa system for 191 countries to make its process easy for people.

“Online visa system will eradicate corruption and ensure transparency besides addressing complaints of people,” he said.

“1.5 million Afghan refugees are allowed to live in Pakistan, while two hundred thousand illegal national identity cards have been blocked,” he said.

The interior minister said that said 300 mobile vans of NADRA will visit different areas across the country to facilitate the masses.