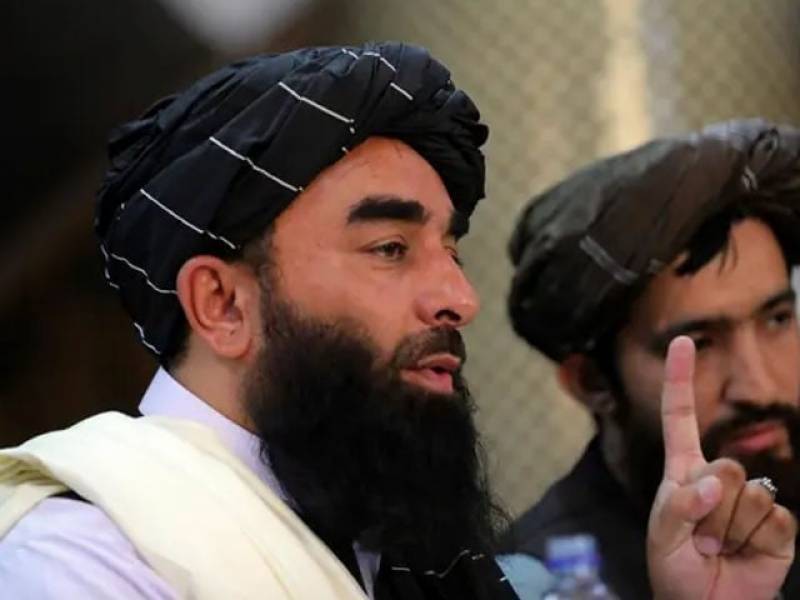 Kabul (Web Desk): The interim Taliban government on Sunday said that it would not allow anyone to attack the Islamic Emirate and ask Pakistan to share its reservations with Kabul.

While, reacting to Interior Minister Rana Sanaullah’s statement about targeting Tehreek-e-Taliban Pakistan (TTP) hideouts inside Afghanistan, Taliban spokesperson Zabiullah Mujahid said they would not allow anyone to attack Afghanistan.

“No country has the right to attack another nation's territory. There is no legislation in the world that permits such a transgression. If anyone has any worries, they should share them with the Islamic Emirate since it has sufficient forces and can take action,” Mujahid maintained.

Rana Sanaullah, in an interview with a news channel, had said Islamabad may target the TTP in Afghanistan if Kabul does not take action to dismantle them.

“When these problems arise, we first ask Afghanistan, our Islamic brother nation, to eliminate these hideouts and handover these individuals to us, but if that doesn't happen, what you mentioned is possible,” said the minister.

Pakistan has witnessed a sharp rise in terrorism incidents, especially in Khyber Pkahtwnka and Balochistan, during the past couple of months after the TTP announced to end ceasefire with Pakistan.

Foreign Minister Bilawal Bhutto had also hinted at direct action against militants if the Afghan government fails to rein in TTP.