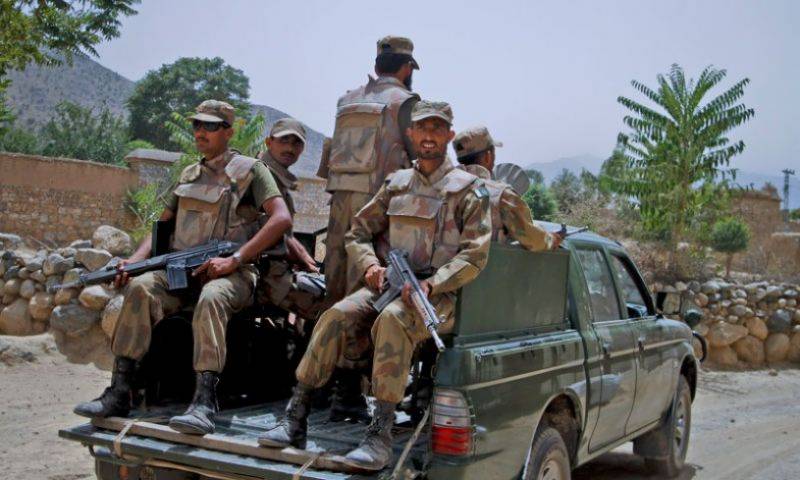 Rawalpindi (Staff Report): Frontier Corps have arrested eight suspected terrorists and recovered sizable cache of arms during a raid in the area of Kohlu Balochistan.

According to a statement issued by Inter Services Public Relations (ISPR) on Sunday, those terrorists were arrested from the Suri Kor area were allegedly involved in planting of Improvised Explosive Device (IED) on track near Mach railway station on Saturday.

During the operation, arms and ammunition including, 3 small machine guns, 5 rifles, 18 magazines, and thousands of live rounds were recovered, the ISPR added.