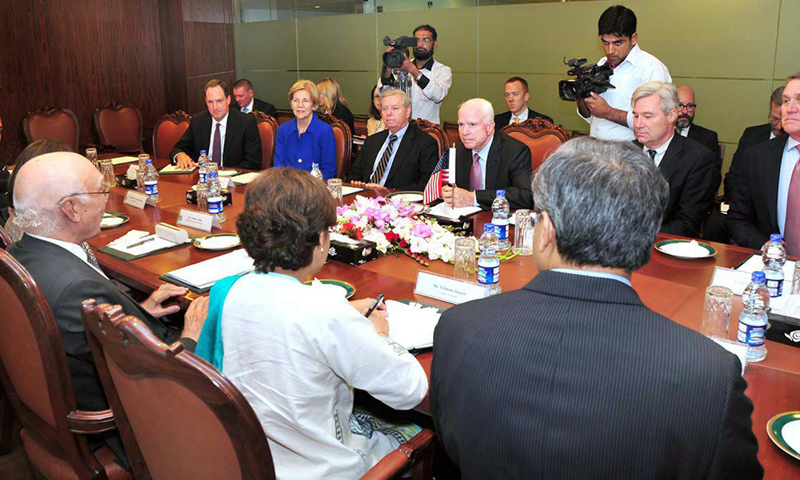 Islamabad (Staff Report): A delegation of American Senators on Sunday met with adviser to the Prime Minister on Foreign Affairs Sartaj Aziz in Islamabad.

Speaking on the occasion, Senator McCain asserted that there was no change in the US position on Kashmir. "The United States will continue its existing policy on Kashmir," he said.

Deputy Chief of Mission of US Embassy Jonathan Pratt was also present at the meeting where the two sides discussed Pak-US ties, matters of regional importance, peace in Afghanistan and the US' role in the Quadrilateral Coordination Group (QCG).