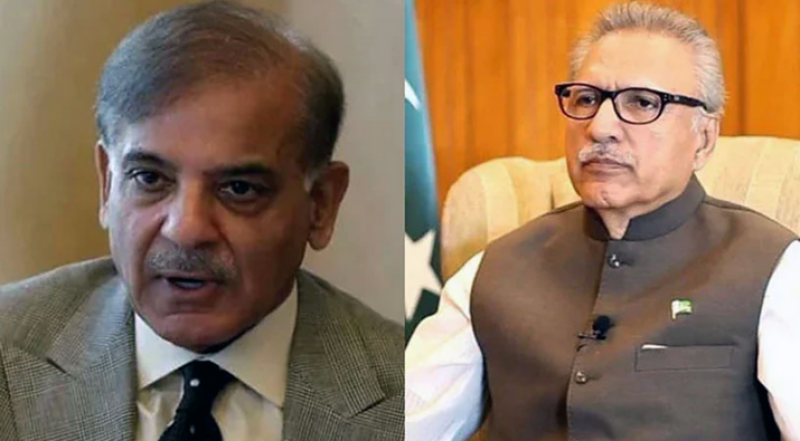 President Dr Arif Alvi, while expressing concern over the attack on Ayaz Amir, has called for immediate arrest of the culprits.

In a statement, he said incidents of violence against journalists are contrary to democratic values and freedom of expression.

Prime Minister Shehbaz Sharif, while strongly condemning the attack on Ayaz Amir, said that he has instructed Punjab chief minister to hold a high-level investigation into the incident and bring the culprits to justice.

The prime minister expressed sympathy with Ayaz Amir and directed to ensure protection of journalists.

Minister for Information and Broadcasting Marriyum Aurangzeb also strongly condemned the attack on Ayaz Amir and termed it an attack on freedom of press.

She said the government will fully investigate the incident and provide justice to Ayaz Amir.

"Reality cannot be changed by attacking the dissenting voices and critics," the information minister said.

While expressing sympathy with the journalist, the minister assured stern action against the culprits besides arresting them.

Rana Sanaullah said that the federal government would provide full support to the provincial government to trace the unknown attackers. He said such incidents could not be tolerated.

He said Ayaz Amir is a respected citizen of the country and expressed grief over the sad the incident.

"The constitution ensured guarantee to freedom of expression", the minister said.

On Friday, Senior journalist Ayaz Amir was attacked by unidentified men in Lahore.

As per the details, Ayaz Amir was leaving the office of a private TV channel located at Lahore’s Abbott Road when unidentified men attacked him.

The assailants also snatched his wallet and mobile phone.