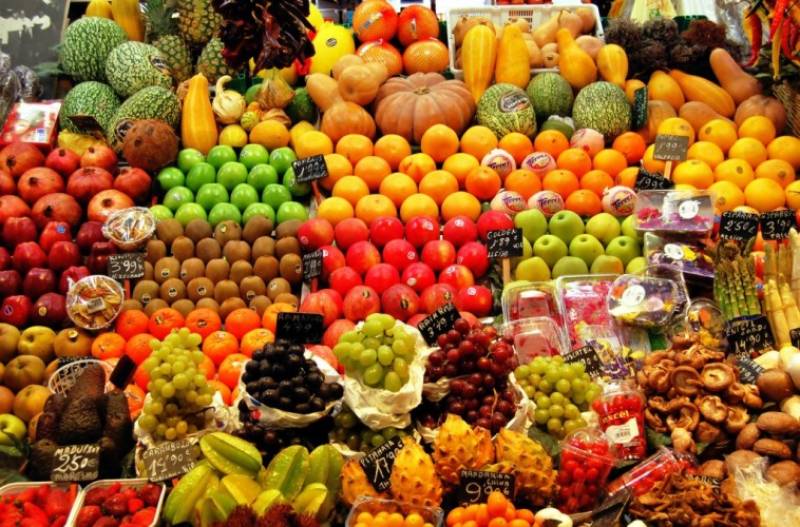 Lahore (Web Desk): A social media movement aimed at curbing soaring inflation, especially price of fruits, during Ramazan has been forced into action today urging public not to buy fruits for three days as Friday, Saturday and Sunday.

Earlier people had announced a total fruit boycott to control fruit prices that have risen to its high level during the month of Ramadan. Karachi Commissioner Shoaib Ahmed Siddiqui has also announced to support the boycott.

Initially a Watsapp campaign was commenced that later gained momentum when Inflation-stricken public shared the post on Facebook and twitter believing that boycott of fruit as the only way to curtail the price.

One of the messages expresses, "If we boycott the fruit-buying for three days only, the stored fruits will start getting rot in the godowns forcing the sellers to sell it on way cheaper prices. This may sound tough, but only you, as consumers, can force the seller to revise fruit prices."

Shahjehan Shaikh, President wholesale fruit and vegetable market Karachi declared, “Retailers monopoly has been established due to shifting of wholesale market from cities.”

However, anti-fruit three-day boycott would cause no harm to them and would fail in achieving desired outcomes as government should address the underline problem i-e inflation, fruit vendors said.

Meanwhile, to provide relief to locals in month of Ramazan, district administration has set 31 Ramazan Bazars at various spots in Lahore.