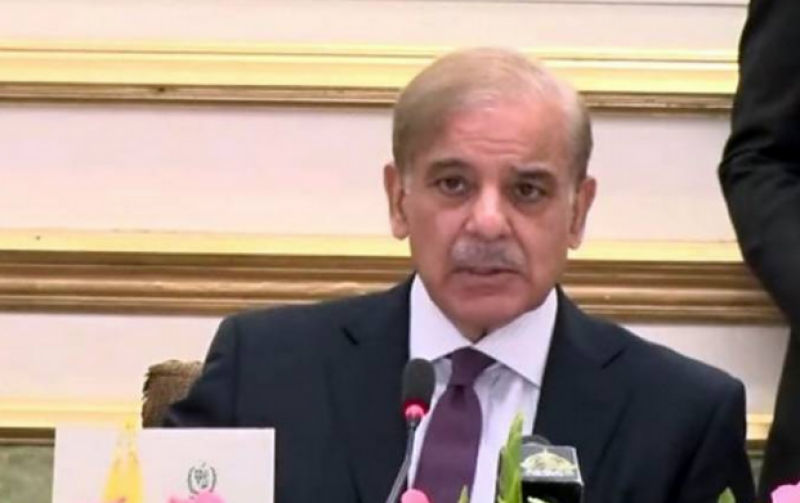 Ankara (Web Desk): Prime Minister Shehbaz Sharif on Thursday warned his predecessor Imran Khan not to cross limits by giving statements about split of the country.

"Do your politics, but don’t dare to cross limits and talk about division of Pakistan," the premier said in a tweet from Turkey, where he is on a three-day official visit.

While I am in Turkey inking agreements, Imran Niazi is making naked threats against the country. If at all any proof was needed that Niazi is unfit for public office, his latest interview suffices. Do your politics but don't dare to cross limits & talk about division of Pakistan.

PM Shehbaz mentioned that as he was making accords with Turkey aimed at bringing prosperity to Pakistan, the PTI chief was issuing threats against Pakistan.

“While I am in Turkey inking agreements, Imran Niazi is making naked threats against the country,” he said in a tweet.

The prime minister said the interviews and statements of Imran Khan exposed that he was not suitable for public office.

“If at all any proof was needed that Niazi is unfit for public office, his latest interview suffices,” he said.

"No one can talk about fragmenting Pakistan. This is not that language of a Pakistani but that of [Indian PM] Modi," he said.

"Imran Khan, power is not everything in this world. Be brave and learn to do politics standing on your own feet," Zardari berated the PTI chief, saying that the "wish of dividing this country into three pieces cannot be realised until we and our future generations live".

"God willing, Pakistan will survive till the Day of Judgement," the PPP co-chairman said.

The statement said Zardari had instructed the PPP to protest Imran's "impure statement".

On Wednesday, former prime minister and Pakistan Tehreek-e-Insaf (PTI) Chairman Imran Khan, an interview with a private television channel, said if the establishment does not "take the right decision" then Pakistan would break into "three parts".

"Pakistan is going towards a default. If that happens then which institution will be [worst] hit? The army. After it is hit, what concession will be taken from us? Denuclearisation," he said. "If the right decisions aren't made at this time then the country is going towards suicide, " the PTI chief said.

"Indian think tanks abroad are mulling to separate Balochistan, they have plans, this is why I am putting pressure," Imran Khan said, without mentioning who he is pressuring.