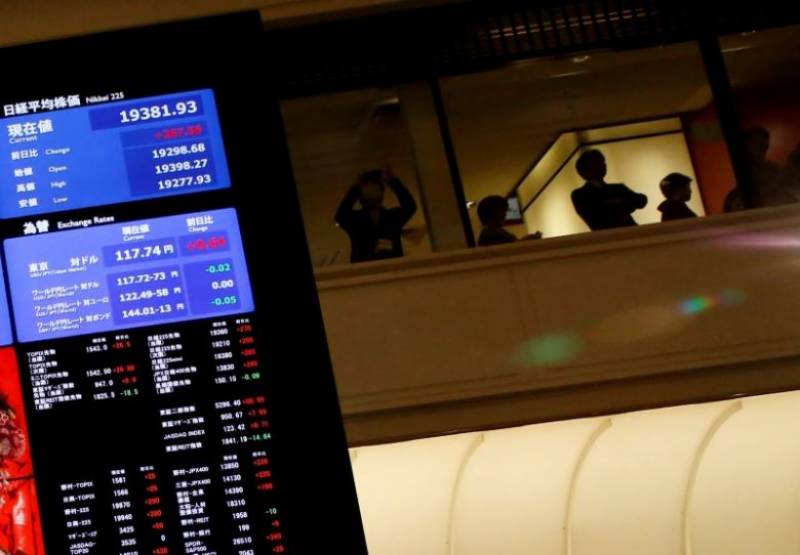 TOKYO: Asian shares rose on Thursday as investors were encouraged by President Donald Trump's less combative tone in his first speech to Congress, which sent Wall Street stocks sharply higher, while growing bets on a U.S. rate hike this month buoyed the dollar.

MSCI's broadest gauge of the world's stocks covering 46 countries rose nearly 1 percent on Wednesday to a record high, posting its biggest daily gain in almost three months. On Wall Street, the Dow Jones Industrial Average blasted through the 21,000-point mark for the first time. Both the Dow and the S&P 500 rallied around 1.4 percent.

Trump pledged to deliver "massive" tax relief to the middle class and corporate tax cuts, to spend heavily on infrastructure and to ease regulations -- steps that have helped to push US stocks higher since his election victory in November. While Trump gave few new details on his tax or spending plans, investors were encouraged by what they saw as a less confrontational tone as he tries to push his growth agenda through a Congress reluctant to widen the government's budget deficit.