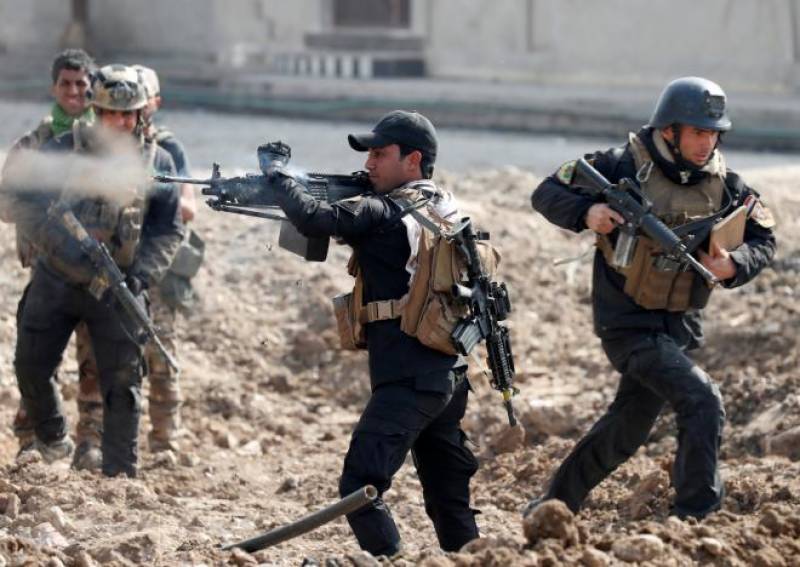 Mosul, Iraq (Reuters): U.S.-supported Iraqi forces advancing in the Islamic State group's stronghold in western Mosul fought off a counter-attack by the terrorists during bad weather conditions in the wee hours of Thursday, officers confirmed.

A senior officer told Reuters that several terrorist were able to get near elite Iraqi units in the southwestern part of the city, hidden among people displaced by the fighting.

Iraqi forces re-captured the eastern side of Mosul in January after 100 days of fighting and launched their attack on the districts that lie west of the Tigris River on Feb. 19.

Defeating Islamic State in Mosul would crush the Iraqi wing of the caliphate declared by the group's leader, Abu Bakr al-Baghdadi, in 2014.