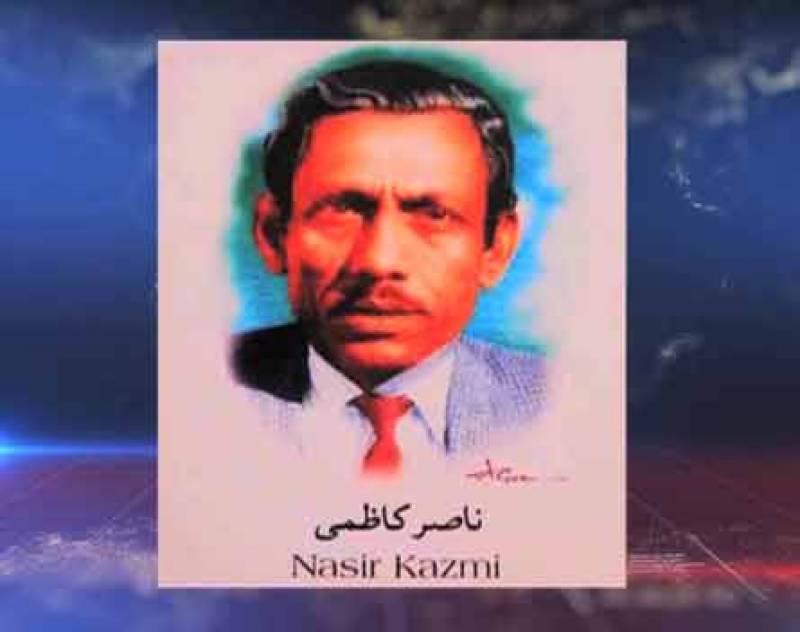 Kazmi, one of the greatest poets of his era, was born on December 8, 1925 at Ambala in British India. He got educationfrom Ambala, Simla and Lahore. After the creation of Pakistan, he came to Lahore.

Kazmi did some journalistic work with `Auraq-e-Nau' as an editor and became editor-in-chief of the magazine in 1952. Later, he was associated with Radio Pakistan, Lahore and other literary publications and organizations. Nasir Kazmi started his poetic life in 1940 by following the style of Akhtar Sherani and wrote romantic poems and sonnets. Later he began writing `ghazals' under the guidance of Hafeez Hoshyarpuri.

His last four books tragically were published after his death in Lahore on March 2, 1972 due to stomach cancer.

His poetry has been used in several songs in dramas during the PTV s golden era and Pakistani films. Ghazals by Nasir Kazmi have also been used in Bollywood songs by Indian musicians.