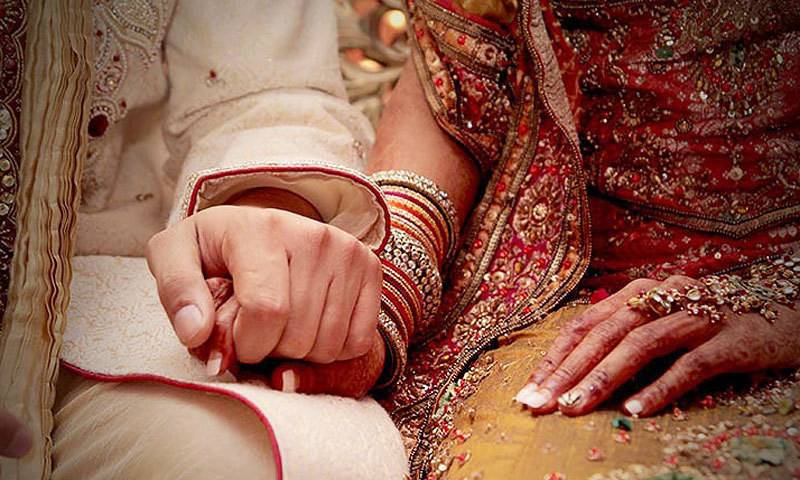 Amritsar (Web Desk): A Pakistani who was married to an Indian girl is being deported back without his wife and a 2-year-old male child.

31-year old Pakistani Akbar Durrani fell in love with an Indian girl through the social media, reached India to marry her, had a child with her and now he is about to be deported back to Pakistan.

Durani, originally belongs to Okhri in Hyderabad, has been brought here from Madhya Pradesh for deportation to his home country for overstaying in India in violation of visa norms.

Durani narrated his story of love and tragedy which began in the year 2011 when he came in touch with Sofia of Dewas in Madhya Pradesh via the Facebook and Skype.

He said, “I along with my mother, obtained Tourist visa and went to Dewas India to marry Sofia. I met Sofia’s parents who immediately agreed to my marriage proposal with a condition that I will settle down in India after marriage”.

He added, “We formally married in the year 2013 at Dewas and after a year we were blessed with male child”.

Durani, holds a Masters degree in Economics, so for earning he opted the profession of teaching in a school in Madhya Pradesh.

Before the expiration of the Tourist visa he approached the FRRO for a ‘Long Term Visa’ and was told to give the application. But it was all in vain.

The Pakistani national said, “On the day the duration of my visa ended, I visited the FRRO office to enquire about my visa status. There I was arrested on the charge of overstay in India and was sent to prison”.

In August 2015, a court awarded one-year imprisonment to him for overstay in India and violation of Tourist visa norms.

He expressed, “The sad part of my love story is that my wife and kid are not allowed to travel with me to Pakistan. It would be tough for my wife and son to stay in India in my absence. They are in Amritsar to bid me good bye. The worst part is that I may not get visa again to visit India as visa norms were violated on my part”.

He is also not sure whether his wife and two-year-old son Ariz would be issued visa by the Pakistani High Commission to visit him in Pakistan.

He said, “I am not sure whether Sofia and their son Ariz would be issued visa by the Pakistani High Commission to visit in Pakistan. I never thought that I would be forced to separate from my family after settling down in India. It is tsunami in my life”.