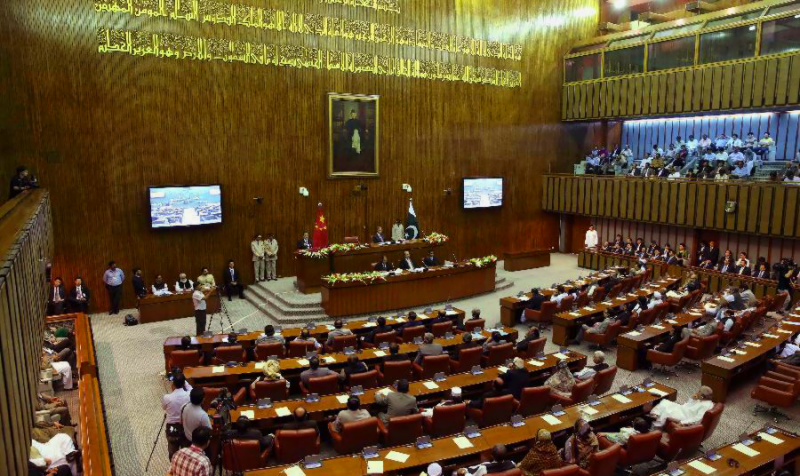 Islamabad (Staff Report): The Election Commission of Pakistan (ECP) on Friday issued a code of conduct for the Senate elections, scheduled to take place on Saturday.

According to the code of conduct, no legislator would be allowed to carry mobile phones in the polling stations i.e. assembly buildings, while the lawmakers would need their secretariat cards for entry to the assembly halls.

The code of conduct also stresses the MNAs and MPAs to ensure the secrecy of their votes and to handle the ballot paper with care so as not to spoil it.

“Action would be taken against anyone using a fake ballot paper while there would be a complete ban on taking it outside the polling station,” the ECP has stated.

According to the election regulator, the returning officer would be entrusted with the authority of a level one magistrate under which the officer would be able to announce a punishment immediately after carrying out a summary trial against the violators.

The returning officer would also have the authority to cancel a ballot paper and announce a punishment if it is handed over to an unauthorised person.

The punishment for violating the code of conduct includes a fine of up to Rs100,000 and/or a jail term between six months and two years under the clause 183 of Election Act. The ECP also reserves the right to disqualify the legislator in case of gross violation.

On the request of returning officers, Rangers and Frontier Constabulary personnel will be deployed outside the assemblies.