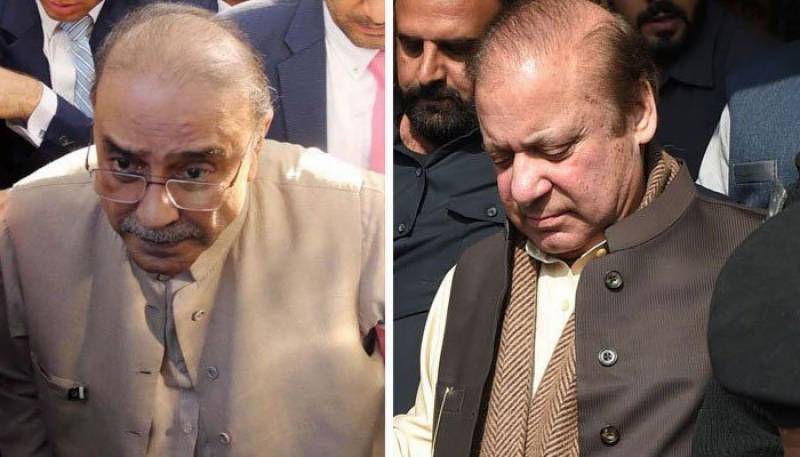 Owners of Omni Group Anwar Majeed and Abdul Ghani Majeed were also nominated as suspects in the reference.

According to the reference filed by the accountability watchdog, former president Zardari and former PM Nawaz Sharif obtained cars from the Toshakana by paying 15 per cent of the price of the cars.

The reference further said that former premier Gilani facilitated Zardari and Nawaz in this regard.

Both Nawaz and Zardari are currently out on bail in other corruption cases against them.

The fresh NAB reference alleges that Asif Ali Zardari was gifted luxury cars by the governments of Libya and United Arab Emirates, and he used them instead of submitting them to the Toshakhana.

The accountability watchdog claimed that former premier Nawaz was given a car from the Toshakhana by the PPP government in 2008 despite the fact that he did not hold any official position in the government.

NAB has requested the court to conduct a trial and sentence the accused to the strictest possible jail terms under the NAB Ordinance for their involvement in the corruption scam.

This is pertinent to mention that the fake accounts case pertains to a massive money laundering scam that was being probed by the Federal Investigation Agency (FIA).

The suspects include Zardari, Talpur, former Pakistan Stock Exchange chairman Hussain Lawai, Omni Group CEO Anwar Majeed and his sons and several other high profile persons. The case was later taken over by NAB on the Supreme Court’s (SC) orders.