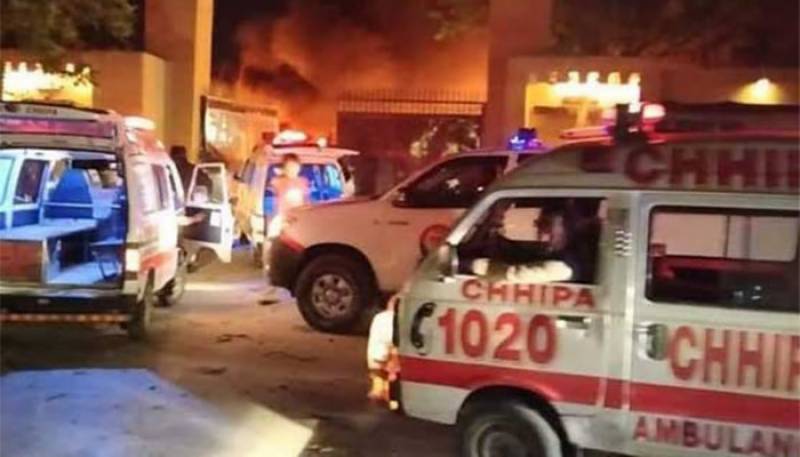 Quetta (Web Desk): At least three people, including a former deputy superintendent of police (DSP) were martyred and several others were injured in a blast near police van at Fatima Jinnah Road in Quetta on Wednesday.

According to rescue sources, nearby shops caught fire, soon after the explosion.

The police and law enforcement agencies reached the site of the incident. The injured were shifted to Quetta's Civil Hospital.

Jinnah Road and its surrounding streets were cordoned off and were closed for traffic.

He also directed hospitals to impose an emergency and for all doctors and paramedical staff to ensure their presence.

Bizenjo said terrorists and their sponsors were receiving "external support."

The chief minister directed the Balochistan IG to submit a detailed report of the incident.