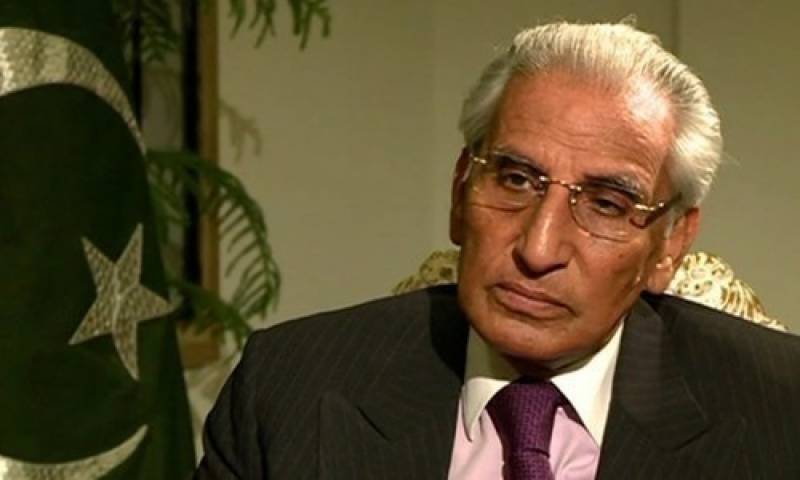 Islamabad (Web Desk): The days after the removal from the post of the prime minister’s special assistant on foreign affairs Tariq Fatemi rejected on Tuesday the allegations of his involvement in the Dawn Leaks controversy.

The former adviser termed the allegations “false and baseless,” in a farewell letter, which was leaked by a Foreign Office official. Fatemi said, “I reject recent allegations, insinuations and innuendos. Such allegations are particularly hurtful to someone who has served Pakistan for nearly five decades with honour and integrity,” he lamented.

The former envoy upheld, “Over the years, I have had to deal with many sensitive matters, becoming privy to some of the most highly classified information, on issues of national security”.

Fatemi continued, “I have also had the honour of working directly under distinguished diplomats, both professional as well as political appointees, all of whom reposed their highest trust in my abilities and particularly so, in my lifelong commitment to discretion. You would appreciate that taking due care and caution becomes a second nature in our professional careers.”

In the controversial story attributed to unnamed sources, Cyril Almeida had reported that in a high-level meeting on national security held on October 3 last year, the civilian leaders had spoken about the ‘growing diplomatic isolation’ of Pakistan for lack of action against some militant groups. Reportedly the Inter-Services Intelligence (ISI) director general was present in the meeting attended by a number of functionaries including Prime Minister Nawaz Sharif and his brother Shehbaz Sharif.

The top army brass had called it a breach of trust on national security that the news report had whipped up a storm and while the federal government had repeatedly denied it as ‘fabricated and planted’.