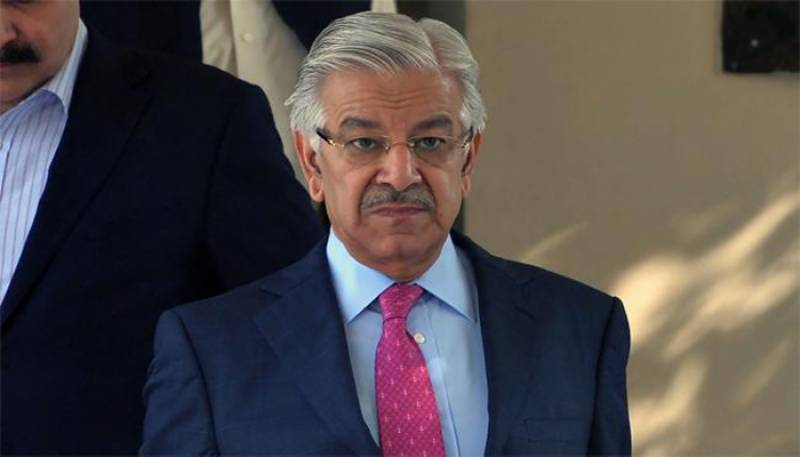 In his review petition, Pakistan Muslim League-Nawaz (PML-N) senior leader stated that he unintentionally failed to disclose his foreign work permit in his nomination papers. He requested the court to declare the Islamabad High Court (IHC) verdict null and void, and fix the matter for hearing at the apex court.

On last Thursday, on Thursday the IHC disqualified Khawaja Asif.

A three-member bench headed by Justice Minallah announced the verdict on a petition seeking filed by Pakistan Tehreek-e-Insaf’s (PTI) Usman Dar against Asif for possessing an "Iqama" (UAE work permit).

In the previous hearing the larger bench headed by Justice Athar Minallah reserved the verdict after hearing arguments from both sides.

During the proceedings of the case, the court inquired that how a person doing full-time job could run the ministry in Pakistan. To this, Asif’s counsel said that his client was doing a job in a Dubai-based bank before elections.

Justice Amir Farooq had asked, “A person has been barred from practicing law in Pakistan. How he is performing employment abroad.” Asif’s counsel responded that his client was acting merely as an adviser.

However, the petitioner’s lawyer told the court that Khawaja Asif’s income stood at Rs 340 million per year from the aforementioned employment. He asserted that a person who was performing job abroad couldn’t be loyal to his country.