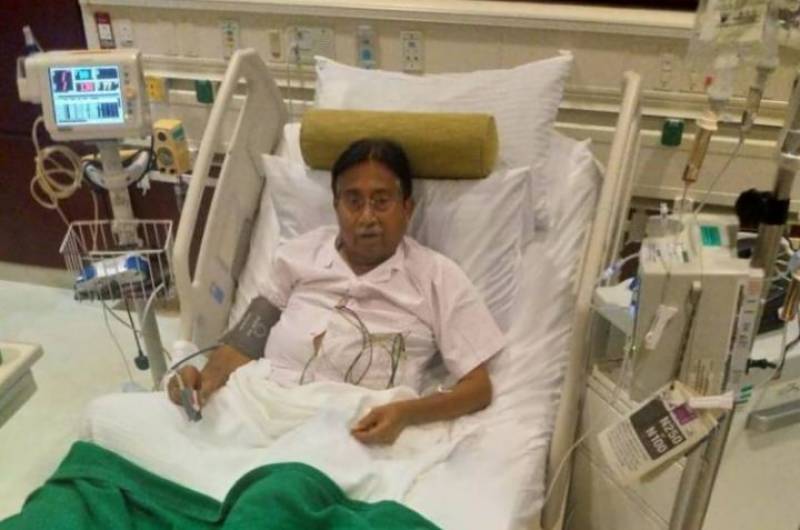 Islamabad (Web Desk): A special court on Thursday accepted former president General (retd) Pervez Musharraf’s plea to postpone the hearing of a treason trial against him till June 12.

The lawyer told the court that his client was not allowed to travel to Pakistan on health grounds. Therefore the hearing of the case should be adjourned.

The plea, comprising photographic evidence, stated that in light of the life-threatening medical condition of the petitioner, it must be accounted that his absence is caused due to factors beyond control.

Barrister Salman Safdar informed the bench that Musharraf was scheduled to arrive in Pakistan Wednesday morning to attend the trial, but could not travel due to his illness.

The prosecution objecting to the argument and contended that the trial could proceed despite Musharraf’s absence.

At this, Justice Tahira Safdar remarked that the former president’s medical reports were also attached along with his plea to adjourn the hearing.

“I cannot comment on the authenticity of the medical reports,” the prosecuting lawyer said.

The court then issued notices to the prosecution and adjourned the hearing till June 12.

The trial court is scheduled to record Musharraf’s statement under Section 342 of the Criminal Procedure Code to complete the treason trial in line with the Supreme Court's (SC) directive.

The SC last month had observed that the special court should announce a decision after hearing the prosecution as the suspect would lose his right to defend if he failed to appear before the court on May 2, 2019.

A case was initiated against Musharraf─ who has been out of the country since March 2016 ─ for suspending the Constitution on Nov 3, 2007 ─ an offence for which he was indicted on March 31, 2014.